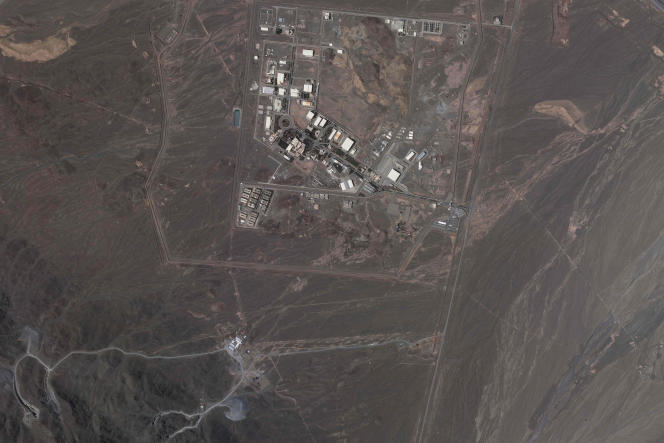 It is a stark warning addressed to Iran, while the rescue of the agreement supposed to prevent it from acquiring nuclear weapons is at an impasse. The Board of Governors of the International Atomic Energy Agency (IAEA) voted on Wednesday, June 8, in Vienna, for a resolution condemning Tehran’s lack of cooperation in nuclear matters. This text, examined at the initiative of the United States and the Europeans, criticizes the Iranian authorities in particular for not having provided explanations concerning the presence of traces of uranium on three undeclared sites. Thirty states on the council voted for the resolution. Russia and China opposed it. India, Pakistan and Libya abstained.

Conversely, the United States, France, Germany and the United Kingdom welcomed the adoption of the text, which has strong symbolic significance. “Today’s vote on this resolution by an overwhelming majority of the IAEA Board of Governors sends a clear message to Iran of the need for it to meet its safeguards obligations,” the four countries said. countries, with reference to the commitments made by Tehran within the framework of the nuclear non-proliferation treaty.

This resolution aims to put pressure on Tehran, while the negotiations started almost a year ago to relaunch the JCPoA, the agreement on the country’s nuclear activities, are running empty to date. US President Joe Biden had nevertheless made it one of his diplomatic priorities, in order to reverse the unilateral withdrawal decided by his predecessor, Donald Trump, in 2018, to torpedo the agreement.

To that end, the Biden administration has said it is ready to lift many of the sanctions imposed on Iran because of its nuclear activities, in exchange for its return to the commitments made in 2015. A compromise seemed imminent at the start of the process. year, but indirect discussions between Wahington and Tehran have since stalled. The United States refuses, in particular, to ease the sanctions imposed on the Revolutionary Guards, to the chagrin of Iran.

Negotiations also suffered from the war in Ukraine, Moscow having for a time demanded that it obtain broad derogations from the massive sanctions taken by the West in response to the invasion of the neighboring country decided by Vladimir Putin, so that these measures do not hinder not its economic cooperation with Iran. An arrangement on this point had to be negotiated.

In the meantime, Tehran continues, according to the West, supported by an IAEA report, the enrichment of increasingly large quantities of uranium, a prerequisite for the manufacture of a bomb. According to experts, the country would already enrich enough uranium to move on to making a bomb, if it so decided.

The Westerners have warned that they do not wish to prolong the negotiations any further, before the system which it is a question of restoring becomes completely obsolete due to the rapid progress, according to them, of the Iranian nuclear program. “Each day that passes is dangerous insofar as it diminishes the interest of rescuing the agreement,” said a senior French source. The approach of the midterm elections in the United States, in November, does not simplify the equation and risks compromising the ratification of any new compromise by the elected representatives of Congress.

Can the adoption of the resolution cause a healthy start or, on the contrary, an escalation? Shortly before the vote in the IAEA Board of Governors, Tehran announced that it had shut down two IAEA surveillance cameras installed on its sites. Washington immediately warned that the move could “further complicate” talks on rescuing the deal.

The head of Iranian diplomacy, Hossein Amir Abdollahian, had also warned, just before the vote on the resolution, of a possible action by his country against the United States. “If the other side follows the path of threats and resolutions, we will not be left out,” he said during a meeting with Iranian families living in New Delhi, India.

Iran’s Foreign Ministry issued a statement Thursday morning condemning the IAEA board’s resolution as “a political, incorrect and unconstructive act.” “This resolution is based on the hasty and unbalanced report of the IAEA Director General [Rafael Grossi] and false information fabricated by the Zionist regime [Israel in Iranian rhetoric],” the regime claims. According to the latter, it “will only have the effect of weakening the process of cooperation and interaction of the Islamic Republic of Iran with the IAEA”.