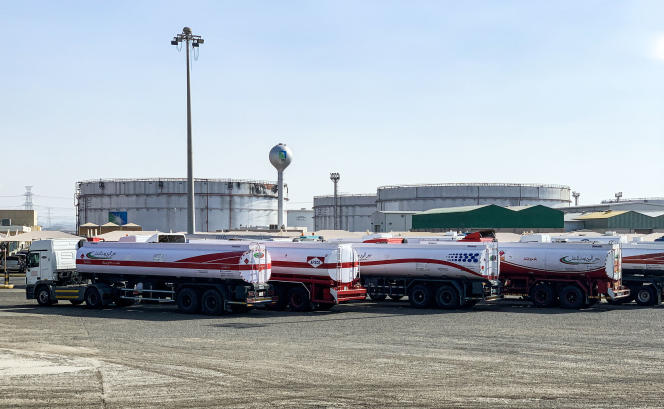 Just over three months after the outbreak of war in Ukraine on February 24, the floodgates are beginning to loosen. Since Thursday, June 2, the Organization of the Petroleum Exporting Countries (OPEC) and their allies have announced a new objective: the marketing of an additional 648,000 barrels per day in July, for a daily total of 43 million. ‘units. This is more than the monthly increase since the last quarter (432,000 barrels per day), and even more than that since the summer of 2021 (400,000), after drastic reductions due to Covid-19.

The informal alliance, known as OPEC, is in trouble. How to keep Russia, a new ally since 2016 and the world’s main exporter along with Saudi Arabia, in its ranks, even though the Kremlin is now under sanctions for invading Ukraine? Monday, May 30, after the United States and the United Kingdom, the countries of the European Union agreed: they intend to cut their imports of Russian oil by around 90% by the end of 2022.

Raising the monthly production targets can be interpreted as a gesture intended to reassure the market somewhat. A way to ease the concerns of consumer countries (especially in Europe, the United States and China) on future supplies, and therefore prices – although the barrel of Brent from the North Sea has seen a slight increase on June 2, to finish around 117 dollars (about 109 euros).

“This small concession in favor of importing countries comes before the summer vacation period, and therefore before a surplus of automobile traffic, which corresponds in particular to the “driving season” [saison des grands voyages en car] in the United States, leading oil-consuming country in the world,” notes Francis Perrin, research director at the Institute for International and Strategic Relations.

“OPEC’s message is that it cares about stabilizing the market, which is mostly in line with Western concerns,” said political science researcher Philippe Copinschi. Its main ally, Russia, is pursuing another ambition: “Reorganize its entire hydrocarbon export sector in the coming months”, particularly to Asia, even if it means lowering its prices, recalls the energy specialist at Sciences Po.

The announced increase marks “an important first step, without being spectacular,” said Francis Perrin. “It shows in any case that the producing countries have taken into consideration the insistent pressure from the importing countries, while keeping Russia on board. »

To avoid questioning the Muscovite ally, OPEC also speaks in periphrasis when it comes to war. In a May report, it expects global demand to rise despite “ongoing geopolitical developments in Eastern Europe.” The 100 million daily barrel mark could be exceeded in the third quarter, and the annual level of demand would return to that of 2019, i.e. before the Covid-19 pandemic.

Under the impetus of the Saudis and the Russians, the twenty-three OPEC countries hold about half of the world’s production of black gold. This alliance “results above all from an ambition of display, but without cemented solidarity between its members”, nuances Philippe Copinschi.

The United States, which is not a member of the enlarged cartel, did not wait for the conflict on Ukrainian soil to urge OPEC and its allies to produce more. Seeing his strategic or commercial stocks shrinking even faster than expected, President Joe Biden has now planned to visit Saudi Arabia by the end of June, according to a New York Times publication dated Thursday, June 2. meet Crown Prince Mohammed Ben Salman there. As if the prospect of reassuring American motorists imposed this visit to a country that their head of state had nevertheless promised, before his election at the end of 2020, to treat as a “pariah”. Comments made after the assassination of journalist Jamal Khashoggi in 2018 at the Saudi Arabian consulate in Istanbul, Turkey.