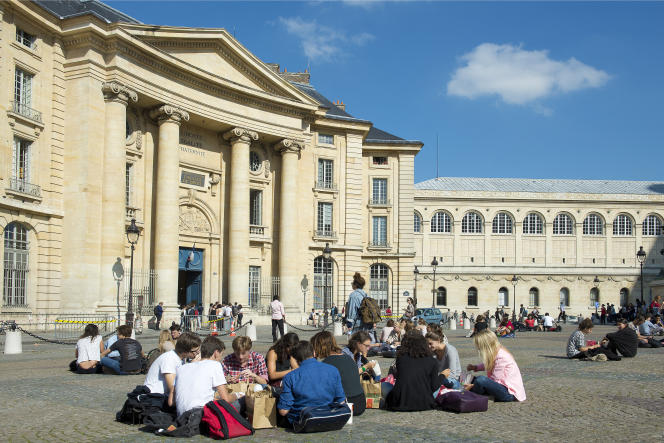 On Parcoursup, there have never been so many apprenticeship training courses offered: the platform lists 7,400 of them, among the 21,000 offered to high school students throughout the territory. There were only 2,600 in 2018, the year Parcoursup was launched.

Most of these apprenticeships are BTS – higher technician diploma – followed by university technology bachelors (BUT). But there are also preparatory cycles for engineering schools provided in apprenticeship (at CESI), licenses (by the CNAM), courses specializing in sports professions, Deust in the medical or social field… Apprenticeship is subject to a specific deadline on Parcoursup: new bachelors can make ten wishes, until September 14, 2022.

Since the reform of its funding system at the end of 2018, learning in higher education has experienced a real acceleration, in particular for bachelor’s and master’s degree courses. The share of apprentices who have a level equivalent to or higher than bac 2 has increased from 37% in 2017 to 60% in 2021. In 2020, 526,418 new contracts were signed. The dynamic continues and accelerates further in 2021: 731,785 apprenticeship contracts have been concluded, including the private and public sectors, according to the latest data from the Ministry of Labor (Dares). In one year, the increase is 39%. Over a period of ten years, this increase amounts to 140%.

Securing an income throughout the year

“The fields of consulting and engineering have seen their number of apprentices explode,” notes Alain Druelles, former adviser for vocational training and apprenticeship at the Ministry of Labor, partner at Quintet, a consulting firm in social strategy.

The Minister of Labor, Olivier Dussopt, announced that the public aid paid to companies for the hiring of apprentices, put in place during the health crisis, will be maintained “at least until the end of the year”. This annual public aid can go up to 8,000 euros per year per apprentice. Without specifying a deadline, the government has set itself the goal of further increasing the number of apprenticeship contracts to 1,000,000. “The economic situation will have to be taken into account. But at the rate we are going today, this objective is achievable within two years,” said Alain Druelles.

Former grade 5 scholarship holder, Gabin Denoyelle, 23, student in a “management control” master’s degree and apprentice at the Primary Health Insurance Fund (CPAM) of Val-d’Oise, sees in particular in learning the opportunity to “gain financial autonomy”. In initial training, he received a monthly scholarship of 450 euros. Today, it is a salary of 860 euros that he pockets.

If learning is popular among students, it’s because many of them have been traumatized by the effects of the health crisis, “and the abolition of odd student jobs,” said Alain Druelles. The system thus allows them to secure an income throughout the year. And better integration: a study by the Ministry of Higher Education shows that graduates of university bachelor’s or master’s degrees in apprenticeship fit more easily than others into the labor market.

For some young people, the apprenticeship path also constitutes a pedagogy more suited to their expectations. “I wanted to gain professional experience as early as possible, to learn by doing,” says Bastien Riccio, who spent seven years of higher education in apprenticeship: from his DUT to his two master’s degrees, the last of which was at the ‘Edhec. His last apprenticeship contract ended at the end of December 2021. Now employed in a consulting firm, the 27-year-old says he earns more than he would have if he had not gone through the work-study route, because of his years of professional experience.

Jérôme Glachant, vice-president in charge of training at the University of Paris-I Panthéon-Sorbonne, discusses the positive aspects of learning for students, but also for higher education establishments. His university receives an endowment of between 7,000 and 8,000 euros per student, paid to the apprentice training center by France competences. In total and after deductions of certain costs, this money represents a contribution of 1.5 million to 2 million euros in 2021 for the Panthéon-Sorbonne University. “This dimension and as many additional resources allow our university to support our training. »

Apprenticeship is a driving force for private higher education schools, which see it as an opportunity to ensure their development. They can thus attract a wider public, insofar as the system allows students to avoid paying tuition fees. “Apprenticeship is a tool for equal opportunities, observes Olivier Gauvin, founder of Walt, an association ensuring the development and promotion of work-study training. Some young people would not have access to training if they were not apprentices. »

But if the system is developing at a rapid pace, its finances appear fragile. The France Skills organization has a heavy deficit of nearly 4 billion euros, which should increase further in 2022. For the defenders of this professionalizing system, apprentices would however bring in more than they cost, in particular because they are less likely to be unemployed when they leave their studies. “In the 2020 cohort, it was calculated that 1 euro placed in apprenticeship brought in 1.21 euro to public finances,” says Olivier Gauvin, who participated in February in the creation of the Observatory of work-study with the Walt association, the Quintet firm and the foundation The Adecco Group.

Symbol of this enthusiasm for learning, Paris-I – which has nearly 1,000 apprentices – wants to accelerate even further. At the start of the next school year, around ten master’s courses and two new professional licenses will thus see the light of day with the apprenticeship option.