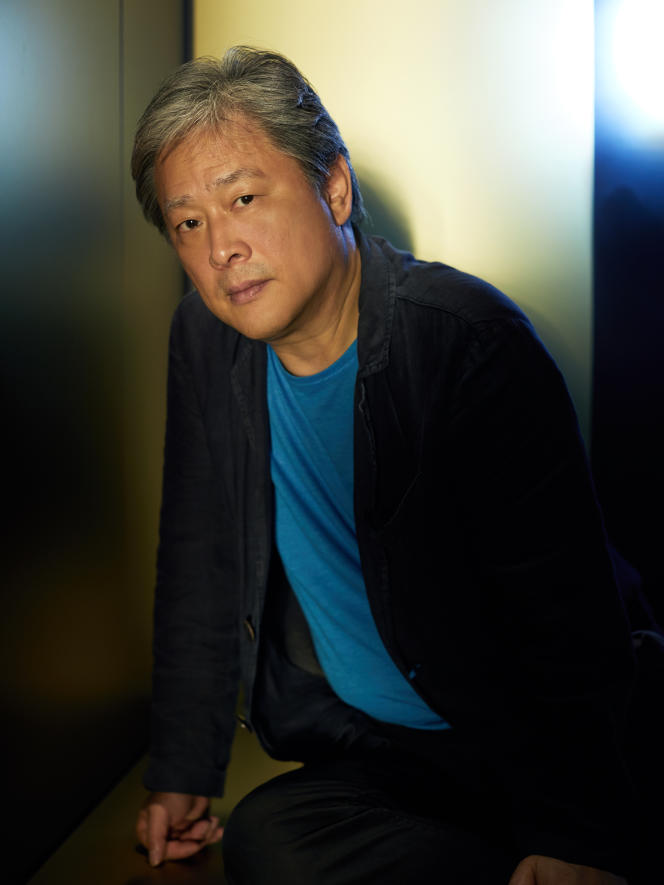 Presented in official competition at the Cannes Film Festival in May, Park Chan-wook’s new feature film, Decision to Leave, received the Best Director Award. The Korean filmmaker talks about the creation of this film.

The origin of the film is a well-known Korean love song, Mist (“Mist”), performed by singer Jung Hoon-hee, which I listened to a lot when I was young. One day, I heard it on YouTube, telling myself that it was really very beautiful. The algorithms then offered me the same song, performed this time by my favorite singer, Song Chang-sik. I didn’t know he took it back. This gave me the idea of ​​a film that would start with the song performed by the original singer, and end with him. To match the title of this one, the film had to take place in a foggy town. But my original idea did not materialize since I finally preferred a version where the two singers perform this song as a duet.

It is first of all the story that was the source of the film. Working with my co-screenwriter Jeong Seo-kyeong, we started with writing. Initially, I had not yet viewed the film. Sequences and situations came later.

It was the first time I worked with him. My previous director of photography, Chung Chung-hoon, with whom I worked from Old Boy to Mademoiselle, is so in demand by Hollywood today that it has become impossible for me to work with him again. With this new cinematographer, Kim Ji-yong, it took some getting used to at first. Creating the storyboard was when we adjusted and got to know each other. At the start of filming, we had to agree again.

I cannot define a premeditated style. It was necessary to agree with the director of photography on what was the size of the plans that I requested, that my idea of ​​the close-up correspond to his. I wanted there to be a certain kind of tension in all the shots, all the camera movements. Which, said like that, may seem a bit abstract.

When we take a little distance, we can realize that this story is ultimately quite simple even if it may appear complex at first glance. Everything depends on the perspective.

When the policeman is attracted to this woman, he begins to be suspicious of her feelings. And then there’s that moment when he realizes he has to leave her. And the woman, for her part, uses the policeman until she too has this feeling that she must break up with him. And this feeling lasts a very long time. Just as one can say that when one is living, one is also dying, these two characters are both in the process of loving each other but also, at the same time, in the process of separate.

I will disappoint you. Originally, there was no artistic choice. I had been inspired by this song and also by the desire to make a film with a particular male character, a policeman who looks like Martin Beck [hero of the series of detective novels written by the Swedes Maj Sjöwall and Per Wahlöö], courteous and reserved character, who does not like violence. The female character was completely blank. My screenwriter suggested it be a Chinese girl. I asked her why and she said, “That way we can offer the role to Tang Wei.” »

Once acquired that the character had to be Chinese, we of course gave him some depth. Even though Korean society is much more open today than before, it still takes some time for Koreans to open up to foreigners. We can think that the character led a very difficult life to get by in this context. I really like the characters who are struggling to survive, and especially the female characters.

The male character is both emotionally attracted and, at the same time, aware of his professional responsibilities. He’s a little lost.

I don’t know yet how the rest of my filmography will evolve. I have several scenarios in store that still contain a lot of violence and eroticism. I think I will alternate the types of films. For Decision to Leave, what mattered were the feelings, and I tried to capture subtle variations of emotions, to limit the scenes of violence and sex as much as possible to reveal a violence and an eroticism hidden, returned, internal to the characters.

Death of Shireen Abu Akleh: Palestinians hand over the bullet that...