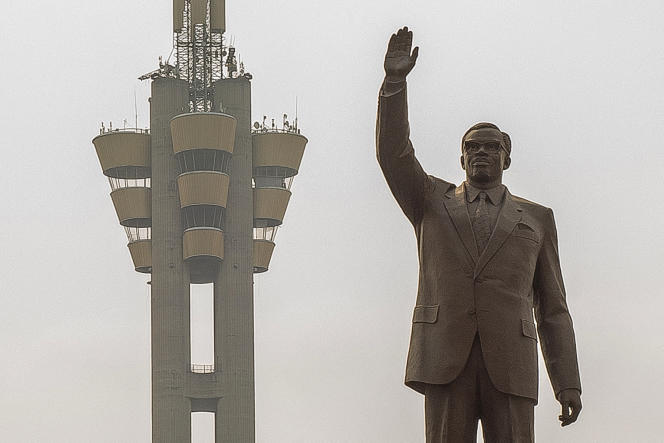 A tooth is at the heart of the difficult diplomatic relations between Belgium and the Democratic Republic of Congo (DRC). It would be the only relic of Patrice Lumumba, the founder of the Congolese National Movement (MNC) and ephemeral Prime Minister after the proclamation of the independence of his country on June 30, 1960. Removed from office by Congolese President Joseph Kasa-Vubu, worried, like the United States and Belgium, of the support he was looking for in Moscow, he was assassinated on January 17, 1961 in Katanga, with the complicity of the Belgian authorities.

The tooth should be handed over on June 20 by Belgian Prime Minister Alexander De Croo to an official Congolese delegation before being presented to the Congolese in Belgium, then traveling to the places that marked the career of Patrice Lumumba and, finally , to integrate the mausoleum built in his memory in Kinshasa.

It was in 2000 that a former Belgian policeman, Gerard Soete, claimed on television to have a tooth that belonged to the hero of decolonization. Along with other Belgian police officers, he had been tasked with removing all traces of Lumumba and two other officials, who were assassinated on January 17, 1961 near Jadotville, Katanga. At the time, the rich province harbored secessionist ambitions, with the discreet support of the former colonial power, which thus hoped to retain its influence in the country.

But, even buried, the former prime minister still seemed to pose a threat. Soete and other Belgians were therefore tasked with cutting up his body, crushing his head and dissolving the remains in acid. “A diabolical job,” the policeman confided thirty-nine years later, indicating in passing that he had in fact kept, contrary to the orders he had received, two fingers and two teeth.

It was from the daughter of the police officer, now deceased, that a tooth was seized in 2016, the rest having apparently been thrown into the North Sea. The relic is kept at the Federal Prosecutor’s Office, where a “war crimes” investigation has languished since 2011.

The children of Patrice Lumumba have filed a complaint against twelve potential suspects, but the investigations have little chance of succeeding, given, in particular, the reluctance of the Chamber of Deputies: it refuses to transmit to the Federal Prosecutor’s Office the content of the discussions held, behind closed doors, by a parliamentary commission of inquiry. The elected officials had heard many witnesses before concluding, in 2002, that Belgium had “moral responsibility” in the death of Lumumba, but without concluding, for lack of “formal indications”, that the Belgian authorities were responsible.

A historian, Ludo De Witte, had nevertheless published a book shortly before showing that the Belgian political and industrial world, as well as the Royal Palace, were aware of this methodically prepared assassination project. On June 30, 1960, in a famous speech, Patrice Lumumba scathingly denounced the “slavery” imposed on his people during colonization. He thus collided head on with the head of the Belgian state, King Baudouin, who came to Léopoldville – today Kinshasa – to evoke the “civilizing” work of his ancestor Leopold II, thus celebrating his “genius”.

The tone has since changed a lot. On an official visit to the Congo, King Philippe expressed, on Wednesday June 8, his “regrets” for the crimes of a colonization which historians estimate would have caused up to ten million deaths. The Head of State had already spoken of regrets – but no apologies – two years ago, in a letter addressed to Prime Minister Félix Tshisekedi. This time, he described a colonial regime “marked by paternalism, discrimination and racism”.

The Royal Palace will however be kept away from the demonstrations surrounding the handing over of Lumumba’s relic to the Congolese authorities and there was obviously no question of organizing this event, which was undoubtedly too symbolic, within the framework of the current trip of the sovereign in Kinshasa, the first for twelve years.

Some Congolese therefore doubt the sincerity of the remorse expressed by Brussels. One of the sons of Patrice Lumumba criticizes for his part the use for political ends, by the current Congolese power, of the image of his father.

One last doubt remains in any case: the famous tooth has never been fully identified as having belonged to the hero of independence. A DNA test could indeed have led to its destruction.