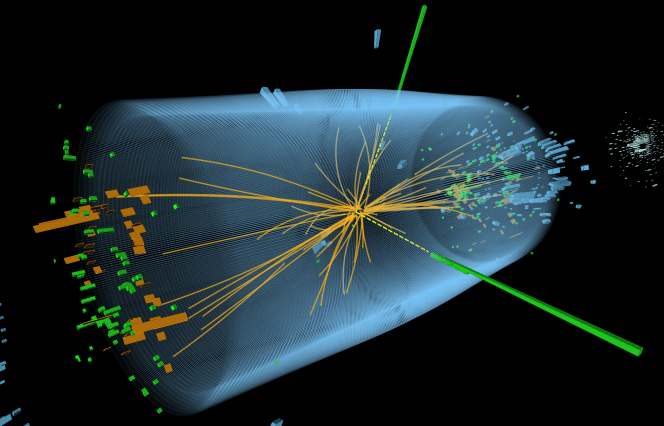 Why are physicists still toiling over a particle discovered almost a decade ago? They have, in fact, relaunched collisions in the LHC accelerator of the European Organization for Nuclear Research (CERN) near Geneva, to produce an abundance of the famous Higgs boson, the missing link in physics discovered on July 4, 2012. As much data will be recorded in the next two years as we have collected since 2011. “We are not pursuing this research by inertia. There are still very interesting things to discover with the Higgs”, warns Yves Sirois, CNRS researcher on CMS, one of the two experiments to have led to the discovery of the Higgs.

If the previous period was akin to ready-to-wear, with a rough-hewn production of Higgs, now place in haute couture. Researchers want to know everything about their last catch. How is it produced? How does she disappear? Who does she react to?

And if they then find some discrepancies between their experimental results and the theory, they will have strong indications that the model that, until now, has worked so well must be perfected… to the point of predicting the existence of the Higgs boson. . “Because this boson is so inherently sensitive to each new particle, it could register an anomaly in its behaviors due to interference with other as yet undiscovered massive particles,” hopes Guido Tonelli, former CMS spokesperson and author of Genesis (Dunod, 256 pages, 19.90 euros). If the Higgs derails, it would be proof that a bigger player than him is also present, but remains invisible.

This detailed review is not the only motivation. The main anomalies or deviations identified so far in other experiments, and which await confirmation, have a very strong link with the properties of the Higgs boson. Knowing the latter better will therefore help, in turn, to interpret these deviations on the congeners of the boson.

There is more fascinating still. “Is the Higgs boson hermaphroditic? asks Yves Sirois greedily. In other words, can it reproduce on its own to produce two identical Higgs babies? “The standard model forbids it. We have never seen a particle interact on itself. It would therefore be a first,” remarks Christophe Grojean, physicist at DESY, a research center in particle physics and synchrotron radiation located in Germany.

This “reproduction” is all the more important to observe, even quantify, as it is at the very origin of the Universe. Indeed, moments after the Big Bang, when the Universe was no bigger than a soccer ball and still very hot, all forces and particles were, somehow, indistinguishable. Then the cooling caused a major change, like how liquid water becomes ice or how a magnetic material suddenly loses its electrical resistance. This breaks up the beautiful homogeneity, which scholars call “symmetry,” of the Universe, and the particles and forces we know today become distinguishable. The particles acquire their known mass. And the detail of what happened then depends on how the Higgs boson interacts with itself and replicates. Observing this splitting in the Higgs chain is therefore a great leap back in time to the origin of the matter of which we are made.

Problem, it remains to see this curious phenomenon and, above all, to distinguish it from other causes, because a whole bunch of shocks, disintegrations or interactions can also generate this pair of Higgs. “We’re going to turn every stone,” says Yves Sirois, eager to have new data on this boson.