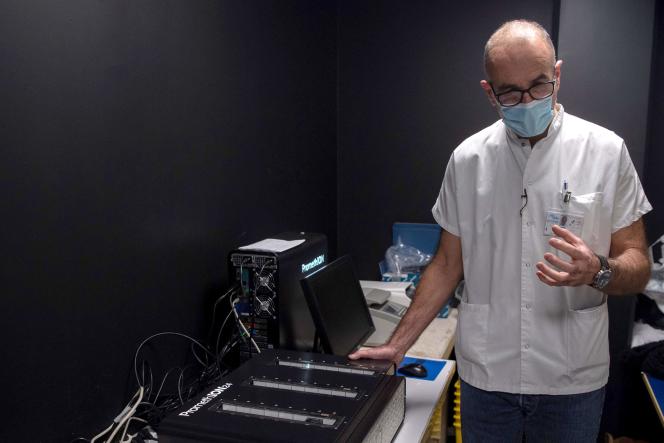 Professor Pierre-Edouard Fournier, specialist in infectious diseases, will replace the controversial Didier Raoult at the head of the Mediterranean Infection University Hospital Institute (IHU) in Marseille, at the heart of many controversies for two years around the Covid-19, announced Wednesday, July 13 the IHU.

Despite the reservations, expressed in particular by unions who doubted the ability of this internal candidacy to drive real change, the directors finally validated the choice of a commission specially set up for this succession and chaired by the former boss of Renault, Louis Schweitzer. The three state representatives abstained, said a board member wishing to remain anonymous.

Aix-Marseille University, one of the six founding members of the IHU, “takes note of this appointment”: “We remain vigilant and the visits of the CHSCT [health, safety and working conditions committee] will continue “Commented its president, Eric Berton, interviewed by Agence France-Presse. “Checkmate”, reacted Didier Raoult on Twitter.

“Today there is an exceptional tool made by an extraordinary man. To replace him, it was complicated, after two years of turbulence. The IHU must regain its scientific and international credibility, “analyzed another member of the board of directors, the president of the Provence-Alpes-Côte d’Azur region, Renaud Muselier. “The past is the past, now the IHU is looking to the future,” said Michèle Rubirola, first deputy mayor of Marseille, in charge of health issues, at the end of the meeting.

Head of the PCR test laboratory

A medical biologist, Professor Fournier distinguished himself by directing the large-scale PCR test laboratory that the IHU had managed to set up in Marseille as soon as the Covid-19 epidemic arrived in France. Within the institute, he is part of the Vitrome team – for “Vectors, tropical and Mediterranean infections” – which monitors infectious diseases. He is also responsible for the sequencing platforms and the biobank of the IHU.

It was under the supervision of Didier Raoult that he defended his thesis in 1999, devoted to the study of rickettsioses, intracellular bacteria at the origin, among other things, of typhus. Given the “links” that Pierre-Edouard Fournier has with Didier Raoult, the CHSCT of Aix-Marseille University announced on Tuesday to “reprove” this choice. For the committee, Professor Fournier “does not mean a break in the mode of governance” and does not guarantee “a serene future in terms of scientific and medical probity”.

Chaired by Professor Raoult from its creation in 2011, the IHU had been shaken for more than two years by incessant controversies. These have particularly crystallized around the hypermediatic figure of its director, accused of “charlatanism” by some of his peers for having promoted, without scientific validation, a treatment for Covid-19 with hydroxychloroquine.

In December, he had thus received a reprimand from the order of doctors for having communicated “information which was not based on any confirmed data”. Charges of “charlatanism”, however, were dismissed, as were charges of taking “undue risk” for patients.