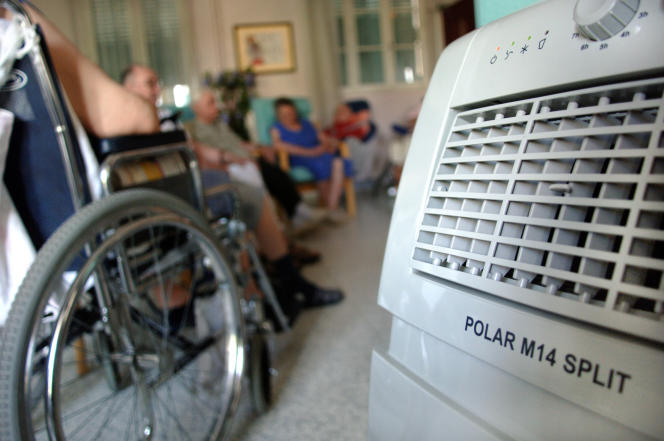 The heat wave is spreading, now affecting almost all of France, and two additional departments were placed on Friday, June 17, on red alert, i.e. 14 in total in the southwestern third of the country: Vendée, Deux-Sèvres , Vienne, Charente-Maritime, Charente, Gironde, Landes, Lot-et-Garonne, Tarn-et-Garonne, Gers, Pyrénées-Atlantiques, Hautes-Pyérénées, Haute-Garonne, Tarn. Fifty-six departments, from the Paris region to the German border as well as from Brittany to the Lyon region, were placed in orange vigilance on Friday.

Schoolchildren and college students in departments on red alert could stay at home on Friday. In the Bordeaux academy, only 30% to 50% of the pupils were present in the primary schools of Gironde, one in two in the Lot-et-Garonne, up to 75% in the Landes, explained the rectorate, specifying that no establishment had closed.

The thermometer is reaching highs in several regions. But Météo-France warns that “Saturday afternoon, the heat will increase further on the southern axis Aquitaine, Poitou-Charentes-Vendée, with therefore maximum temperatures on the rise”. “All-time highs could then fall,” according to the latest bulletin.

Faced with this leaden screed which covers almost the entire metropolitan territory, the Minister of Health, Brigitte Bourguignon, visited an Ehpad on Friday morning in Vienne, where she spoke with a few residents. “We are in a very early heatwave episode, a strong episode that lasts a little longer than expected,” she told reporters, adding that “the hospital is obviously saturated, but is responding to demand.”

During the electoral campaign in Calvados, the Prime Minister, Elisabeth Borne, insisted on the instructions for caution and prevention for vulnerable people. “The urgency is really these instructions on how to be careful with this hot weather that will last until the end of the week,” she said.

The night from Friday to Saturday, “the hottest of the scorching episode” which began on Tuesday, should be a test, with minimums not dropping below 21 to 26 ° C in the most affected departments. On Saturday, peaks of 42°C will be possible locally towards the south of Aquitaine, adds Météo-France.

With the heat, ozone concentrations in the air are increasing sharply over much of France, according to the official Prev’Air bulletin, which predicts that they will remain high “in the days to come”. The Paris police chief, Didier Lallement, announced on Friday the implementation of differentiated traffic on Saturday due to an episode of fine particle pollution in Ile-de-France due to intense heat.

Given the heat wave affecting France, the National Forestry Office (ONF) has notably decided to close forest roads and cancel events planned in the forests of Ile-de-France and other departments on Saturday, according to a statement.

The state forests of Ile-de-France, Eure, Orne, Oise, Aisne and some of the forests of Seine-Maritime and Somme are concerned by this series of measures, a specified the manager of public forests. The ONF placed Ile-de-France at high risk of forest fires on Friday, and maximum for the day of Saturday because “the high temperatures, associated with the lack of water, raise fears of fire starts in the forest “.

In the Centre-Val de Loire region, it is on the Indre-et-Loire that the heat wave weighs the most. Harvest fires are increasing there, with 20 hectares of fields going up in smoke, mobilizing a hundred firefighters. This department has gone into a “very severe” fire risk, like Haute-Vienne, and the prefecture has banned agricultural work from 12 p.m. to 5 p.m. Friday and Saturday, in order to avoid crop fires.

In Charente-Maritime, the Free Music festival, scheduled for this weekend, is canceled by prefectural decision, like all cultural, recreational or sports gatherings outdoors, outside markets, in the region’s red classified departments.