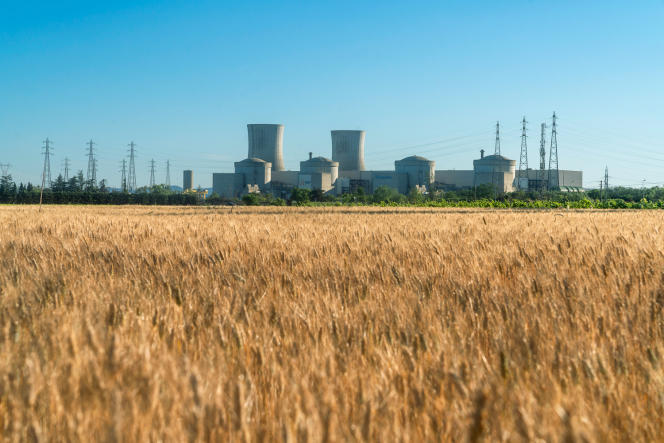 We already knew their harmful effects on human health, we are now able to estimate their consequences on agricultural yields. A study conducted by Stanford University (California) and published Wednesday, June 1 in Science Advances shows that nitrogen oxides – in particular nitrogen dioxide and nitrogen monoxide – strongly affect agricultural productivity. Reducing this pollution could result in a 6% to 25% increase in yields worldwide.

Nitrogen oxides, or NOx, are among the most common air pollutants in the world. In 2020, their emissions are estimated at 651,000 tonnes for France alone, 56% of which is attributed to road transport. Industrial activities also contribute to the production of this pollutant, during high-heat combustion. Exposure to these pollutants can cause health problems, particularly respiratory ones. Environmentally, the oxidation of nitric oxide also contributes to the phenomenon of acid rain.

But so far, few studies have been conducted on the consequences of exposure to nitrogen oxides on crop yield. Data on air quality remain rare in agricultural areas. Only a few observations under clinical conditions had been made and already assumed a negative effect of NOx on crops. As part of this study, new satellite data have made it possible to study, for the first time in real conditions, the relationship between agricultural yields and exposure to nitrogen oxides. A “persistent negative correlation between nitrogen dioxide and observed crop size” was thus brought to light. Five geographical areas were thus studied: Western Europe, the United States, South America, China and India.

Ozone formation, interaction with other elements

As with humans, nitrogen oxides are chemical compounds that are particularly toxic to plants. “Exposure to nitrogen oxides can thus cause chemical damage to crops,” says Jennifer Burney, one of the Stanford University researchers who participated in the study. But the effect of nitrogen oxides on agricultural yields can also be indirect.

Under certain conditions, the presence of nitrogen oxides facilitates the formation of ozone in the lowest zone of the atmosphere. This gas also has a toxic and harmful effect on plants and contributes to lower yields. Third and final influence of nitrogen oxides on agricultural crops: their interaction with elements such as ammonia or sulfur dioxide can lead to the formation of aerosols. These particles then “reflect and scatter solar radiation, reducing the amount of light available for photosynthesis and decreasing yields,” the study authors said.

The study of indicators such as the greenness index (plant greenness, in English), representative of the level of crop growth, has made it possible to estimate the loss of agricultural yields, linked to atmospheric pollution of nitrogen oxides. According to the study, “halving nitrogen oxide emissions would improve yields by about 25% for winter crops in China, nearly 10% for winter crops and summer crops in Western Europe and 6% for winter crops in India”. These differences according to seasons and geographical areas can be explained by the diversity of cultures, according to Jennifer Burney. “In the United States, summer crops focus on corn and soybeans, while wheat is more widely grown in the winter,” she says.

Since the 1990s, the reduction of nitrogen oxide emissions has, however, already been initiated, thanks to the installation of catalytic converters, for example. The authors of the study recommend that these efforts be continued. According to them, the actions to be implemented to reduce emissions of nitrogen oxides “closely overlap with the energy transformations necessary to slow climate change and improve local air quality for human health”.

These concrete measures to reduce the atmospheric pollution of nitrogen oxides could thus contribute to increasing agricultural yields. Demographically, that could be enough “to help meet the challenge of feeding a growing population”, as the United Nations projects a world population of 9.7 billion by 2050.

To consolidate these initial results, the researchers now wish to continue their analysis of satellite data on other atmospheric pollutants, such as ammonia and sulfur dioxide.