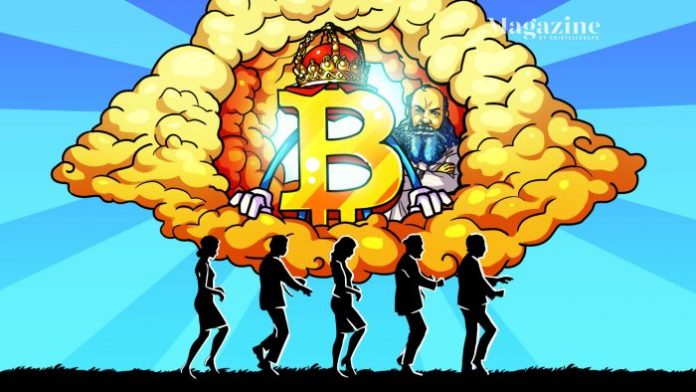 According to a new Crypto.com Report, it took just four months for crypto’s population to nearly double from 106 million in February and 203 million in May.

According to a new report, cryptocurrency adoption has experienced an acceleration in growth with the global population of cryptocurrencies more than doubling since January.

Major digital asset company Crypto.com released its latest study on measuring global cryptocurrency users on Thursday, discovering that the number of crypto users worldwide has more than doubled from 100 million in January to 221 million in June.

According to the results, Bitcoin (BTC), and Ether (ETH) have lost market share in terms of the composition crypto owners. However, the number of digital assets held by users has steadily increased.

This year, there was a significant increase in altcoins and cryptocurrencies. Crypto.com’s findings show that altcoin adoption was probably fueled by the increased interest in altcoins such as Shiba Token and Dogecoin (DOGE), despite Elon Musk’s criticisms of BTC mining for its environmental damage.

After releasing the May 2020 edition of its first ever global crypto user survey, Crypto.com has released their latest crypto population study. To estimate global crypto owners, the study methodology uses on-chain data and “additional blended parameter” to analyze it. This latest report contains data from 24 global cryptocurrency exchanges including Binance and Coinbase as well as Huobi.

Near Protocol, Algorand, and PowerPool rebound as Bitcoin consolidates

Venezuela plans to launch a digital currency on Oct. 1

By helping people, cryptocurrency can make a real difference

Survey: 17% of Australians own crypto. They have $8B in total

Where to Buy and Sell Bitcoin Instantly