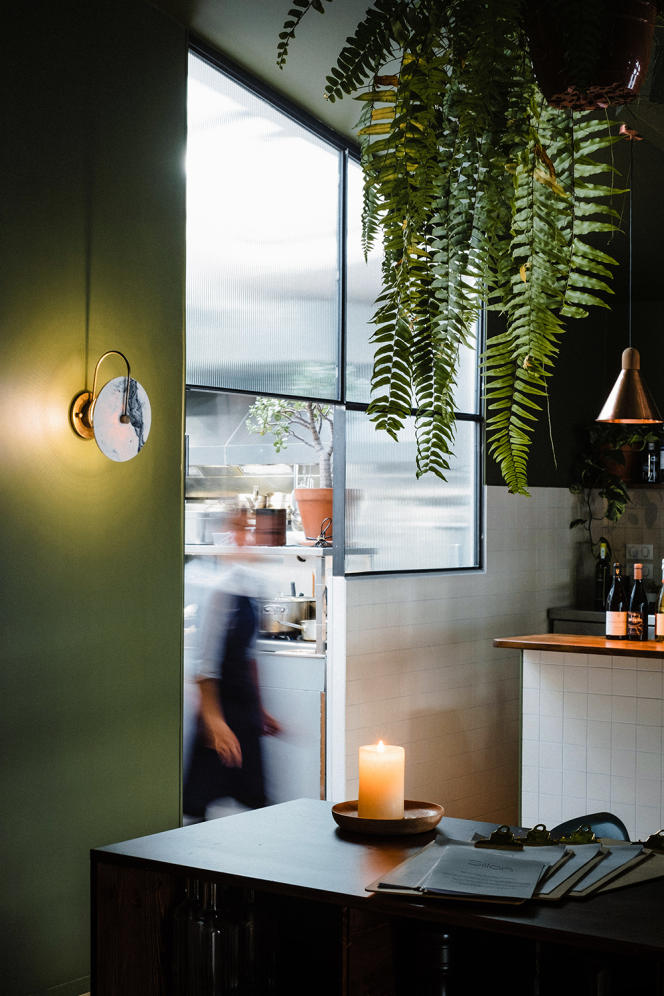 The storm washes the streets of the city of the Basque coast. Who dares to go out that night will certainly be rewarded with a good karmic point. In the Salle de Sillon, with their noses in the map, a few agents of nirvana who have dared to brave the elements are already enjoying the associations of Mathieu Rostaing-Tayard.

The man, who flirts with his forties, family life and surfing, has been known to gourmet services since 2008, the year he opened a very inspired 126 in Lyon. His cuisine, marked by both delicate and adventurous accents, had been emulated there. Having worked with Michel Portos, Pierre Gagnaire and Massimo Bottura, this fervent traveler criss-crossed South America and Asia before settling down in Lyon to open Café Sillon in 2015 and leaving again. Finally, he seems to have found an anchor in Biarritz. In his luggage, he slipped Jean-Christophe Bourgeot, who accompanied him in the kitchen in Lyon and who today animates the tables of Sillon with his contagious good nature.

The temptation is great to choose the tasting menu. Everything gives the feeling of being an insatiable hunter: from the peas to the flower of beans, lemon and sea urchin, passing by the bottarga pig’s trotter and the turbot… However, a strange intuition guides us towards a more restricted dinner, a constraint from which will perhaps arise a delectable frustration.

To start, panisses brushed with pimenton are lined up, hidden under a veil of pork belly. They have the politically incorrect appearance of surimis wrapped in their plastic sheet. Once the visual confusion has been overcome, the tasting begins. The good-natured character of the chickpea is heightened by the heat of the pepper immediately calmed by the fat of the bacon. A few fennel seeds sprinkled here and there crackle in the middle of this soft fire.

The mackerel, on the other hand, is disconcerting. It is presented on skewers. Three pieces chosen and grilled on the barbecue: the tenderloin, the neck, the belly. Each in their own way, they will accompany white asparagus, both silky and bitter. The tenderloin, at first, resonates with bitterness, as it is sprinkled with yuzu bark. The necklace appeals to our cannibalistic instincts. The fingers rummage between the bones of the fish in order to flush out the smallest parcels of flesh stuffed with melting collagen.

For its part, the belly, lacquered Japanese style, crisps with a regressive sugar. Lips are licked, fingers cleaned with a hot towel. This is an unforgettable moment. It is however jostled by the pissaladière and sweetbreads, to be continued. Under amazed taste buds an inversion of paradigms takes place where the noble offal becomes the textured condiment of iodized seaweed, seasoned with pepper; while the anchovies from the pissaladière mixed with candied onions serve as meat whose juices become worse than a drug. Spiritual elevation is at its peak. No matter the storm.

Cannes: Rithy Panh, president of the jury of the TikTok Short Film Festival, resigns before changing his mind

Cannes: Rithy Panh, president of the jury of the TikTok Short...

News Editor - May 20, 2022 0
TikTok had it all planned out. Except "an artistic jury is a jury, not an algorithm". The Franco-Cambodian director Rithy Panh decided, Thursday, May...