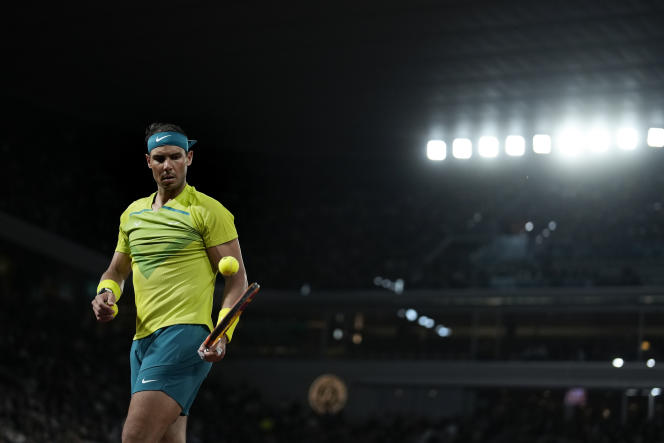 Even before Novak Djokovic and Rafael Nadal had each played in their round of 16, the debate was raging behind the scenes and in the alleys of Roland-Garros. Or rather, the hour of the debates at which would be scheduled, Tuesday, May 31, the potential shock of the quarter-finals between the Serb, world number one, and the Spaniard, thirteen times winner. Was this game going to be played during the day and be broadcast by the public service? Or during the evening session, exclusive to Amazon’s video-on-demand service?

On the one hand, the historical broadcaster of the tournament, which allows the greatest number of people to watch a match guaranteed to promote tennis; on the other, the new broadcaster – which according to L’Equipe pays 15 million euros per edition, against a little less for France Télévisions – to whom the organizers promise, in principle, the best poster.

Monday, May 30 at midday, the decision fell: the 59th duel between the two men will be broadcast from 8:45 p.m. on Prime Video, but the match will be “accessible for free and without restriction, in France, on applications Prime Video, mobile and web”, announced the French Tennis Federation (FFT), thus cutting short a controversy that would not have failed to swell.

“The Prime Video app is available on all IPTV services so viewers can watch this game on their regular TV service. No registration or creation of an account will be necessary to follow this match, “said the FFT in its press release.

Nadal ‘doesn’t like to play at night’, Djokovic does

Not sure, however, that the debate is completely over and France Télévisions the only big loser. Beyond its media reach, the challenge of the schedule is also sporting. “As much as a night session at the US Open or the Australian Open does not fundamentally change the conditions of the game, on clay it changes the speed of the ball and the height of the bounce enormously. It’s a living surface that is no longer the same at night,” recalled Nicolas Mahut, interviewed on Sunday by L’Equipe, while putting pressure on the new tournament director, Amélie Mauresmo: “I think this decision will be an essential marker of [his] first year (…). »

When it comes to lineups, players have traditionally made their preferences known – usually easier to voice when you climb to the top of the leaderboard. Frowning, Rafael Nadal had proclaimed loud and clear what he thought of it, as of Friday, May 27. “I don’t like playing on clay at night. The humidity is higher, the ball slower. Conditions can be very heavy when it’s cold. »

Sunday, after his painful victory against the Canadian Félix Auger Aliassime, he gave a layer, hoping perhaps to have the organizers by the feelings: “The match against Djokovic could be my last here. I know Roland-Garros by day. And I would prefer to play during the day,” said the Spaniard.

Nadal and his Serbian rival have each played a night match before: the former against Frenchman Corentin Moutet in the second round, Djokovic against Japan’s Yoshihito Nishioka in the first round.

The Serb was not against the idea of ​​replaying in the spotlight. ” Not bad. Generally, at night, during the Grand Slams, in all tournaments, the atmosphere is more electric, there is more energy, and the public comes into the game, “he said after his match against Nishioka.

The world number one knows that the Mallorcan left-hander’s lift is never as dangerous as on a sunny Central, where his ball squirts loud and clear. But when rallying the quarters, Djokovic recalled that if the players make their wishes known, “these requests are not always accepted. The tournament director, the television, the broadcasters, in the end, they are the ones who decide. You just have to adapt to that.”

These discussions would almost make us forget another subject matter for debate: in nine night sessions played since the start of the tournament (the last is scheduled for Wednesday, June 1), only one women’s match has been scheduled.