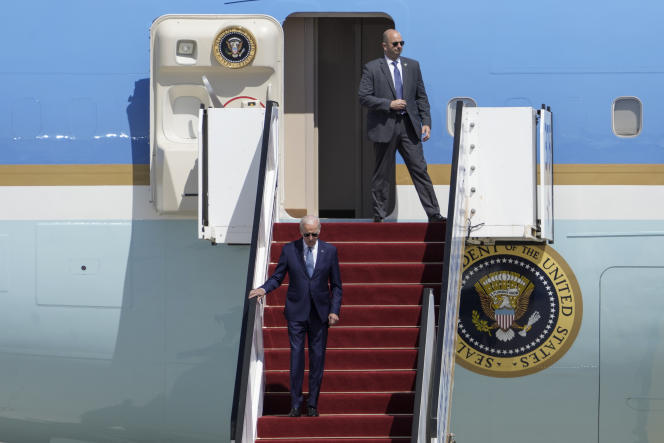 Saudi Arabia announced on Friday (July 15) that it was opening its airspace to “all carriers”, an apparent gesture of goodwill towards Israel, as US President Joe Biden is expected in the kingdom, in Jeddah, during the day. The announcement de facto lifts restrictions for planes to and from Israel.

The Saudi Civil Aviation Authority “announces its decision to open the kingdom’s airspace to all air carriers” meeting the regulatory overflight conditions, it said in a statement on Twitter. She said the move was made to “consolidate the kingdom’s position as a global hub.”

In the process, the Israeli Prime Minister, Yaïr Lapid, welcomed this decision. “I want to thank the Saudi [state] for opening up its airspace. This is only a first step. We will continue to work, with due caution, in favor of the economy, security and […] the citizens of Israel,” Lapid added.

In a statement from Jake Sullivan, security adviser, the president, who hailed a “historic” decision, welcomes that the diplomatic work provided by Washington with Riyadh is bearing fruit. “This decision paves the way for a better integrated, more secure and more stable Middle East, which is vital for the United States and American citizens, but also for the security and prosperity of Israel. Mr. Sullivan sees it as “the result of the persistence” of Joe Biden’s diplomatic efforts.

The American president will fly directly from Israel to Riyadh on Friday, an unprecedented flight between Israel and Saudi Arabia, a country that does not officially recognize the Jewish state.

Ahead of Mr. Biden’s arrival in Israel on Wednesday, Washington had hinted that more Arab countries could forge ties with Israel, fueling speculation over whether Saudi Arabia would be next.

The kingdom showed no opposition when its regional ally, the United Arab Emirates, recognized Israel in 2020, followed by Bahrain and Morocco, under the Abraham Accords brokered by the United States.

Yet analysts predict that Riyadh is unlikely to agree to formal ties with the Jewish state during Mr. Biden’s visit, or while the 86-year-old King Salman still reigns.

Earlier in May, Saudi Arabia announced plans to become a global air travel hub and triple its annual traffic to 330 million passengers by the end of the decade.

Riyadh also plans to inject 100 billion dollars (100 billion euros) into the sector by 2030, launch a new national airline and build a new “mega airport” in the capital. Analysts, however, question the ability of Saudi companies to compete with other regional heavyweights, such as Emirates or Qatar Airways.