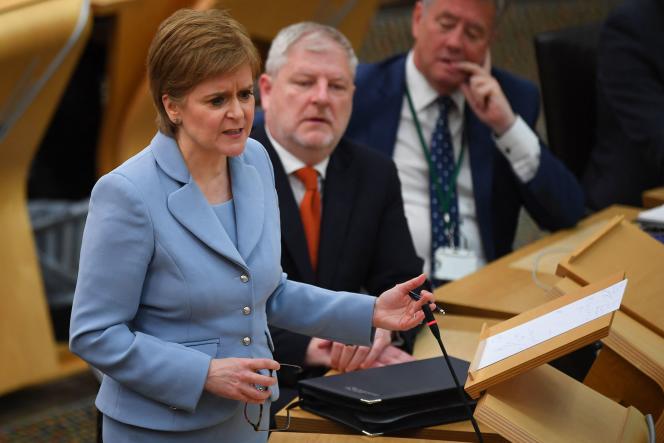 Despite the failure of a previous consultation in 2014 and the British government’s refusal to authorize this vote, the Scottish First Minister, Nicola Sturgeon, announced on Tuesday 28 June in the local Parliament that she wanted to organize an “advisory” referendum on the independence of the British nation on October 19, 2023.

To organize this referendum, Ms. Sturgeon, leader of the independence party SNP, must obtain the agreement of the British government, which is firmly opposed to it. The Scots had already been consulted on the subject in 2014 and had voted 55% to remain within the United Kingdom.

Ready to negotiate with Boris Johnson

Building on that previous vote, British Prime Minister Boris Johnson argues that such a referendum can only happen “once in a generation”. The SNP, however, believes that Brexit is a game-changer, with Scots opposed by 62%. The goal of the SNP is for Scotland to join the European Union as an independent state.

Nicola Sturgeon said she was ready to negotiate with Boris Johnson but warned that she would not allow “Scottish democracy to be a prisoner of Boris Johnson or any prime minister”.

Before this speech, Boris Johnson reiterated his commitment to the unity of the kingdom. “We certainly believe our plan for a stronger economy works better when the UK is united than when it is not,” the Conservative leader said on British television on the sidelines of the G7 on Tuesday. Germany.