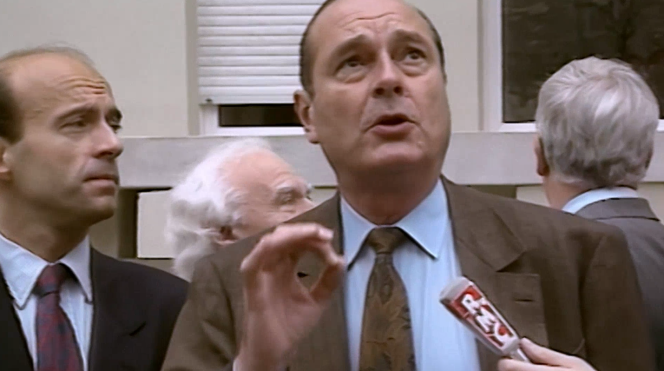 From the butterfly effect dear to the singer Bénabar applied to political dialectics. This is what Small sentences, big consequences offers, in two documentaries to watch in a row: the first devoted to the right; the second on the left. According to a right-left divide that may seem outdated? This split corresponds, in any case, to the chronology of the facts.

The Right in controlled skid focuses on “the noise and the smell” (of immigrants) of Jacques Chirac (president from 1995 to 2007), then on “the Kärcher” and “the scum” of Nicolas Sarkozy (2007-2012) . Tuesday, in La Gauche contre le peuple, François Hollande (2012-2017) and his former minister and successor, Emmanuel Macron, will be in the hot seat, with the “toothless” of the first, the “illiterate” (of the Gad slaughterhouses) or the “I’m crossing the street and I’ll find you some!” launched by the second to a young unemployed graduate looking for a job.

It is the popularization of these “little phrases”, helping social networks, that interests the director. Thomas Raguet dug into the archives to put each statement into context, and he found various politicians or key players of the moment, in order to reconstruct the more or less orchestrated sequence that led to such a national impact.

We must take into account the “banquet effect”, believes political scientist Pascal Perrineau about the famous “If you add the noise and the smell…”, dropped by Jacques Chirac, then mayor of Paris, when recounting his visit to the Goutte-d’Or, in Paris, to supporters in 1991, during an evening in Orléans.

The freedom of tone of the speakers is, for many, in the attraction of these documentaries. Among them, Azouz Begag, Minister of Equal Opportunities from 2005 to 2007, touching sincerity; Magyd Cherfi, from the group Zebda, amazing; Marylise Lebranchu, minister under Chirac and Hollande; or even Georges Mothron, mayor (UMP) of Argenteuil (Val-d’Oise), who says he had his car “burned” in indifference and evokes the “undesirable olfactory discomfort” of the homeless.

Mams Yaffa, resident of Goutte-d’Or and elected municipal official (EELV), underlines the most surprising: MM. Chirac and Sarkozy will be elected, despite their polemical remarks – or thanks to them? Perhaps the documentary should have been called Petites phrases, grands destinies… The sinuous conclusion of the whole would have deserved to be refined.

Thus, no one has heard François Hollande speak publicly about the “toothless”, except his ex-girlfriend Valérie Trierweiler, who recounts it in her book-pamphlet Thank you for this moment (Les Arènes), at the end of August 2014. As for Emmanuel Macron, self-proclaimed champion of “speak the truth”, the final sequence of the second episode lifts the veil on the improbable reversal of the situation, a peaceful and smiling epilogue between the employees of Gad and the current president – after this one, then a simple minister, apologized.

News Editor - July 18, 2022 0
From the butterfly effect dear to the singer Bénabar applied to political dialectics. This is what Small sentences, big consequences offers, in two documentaries...