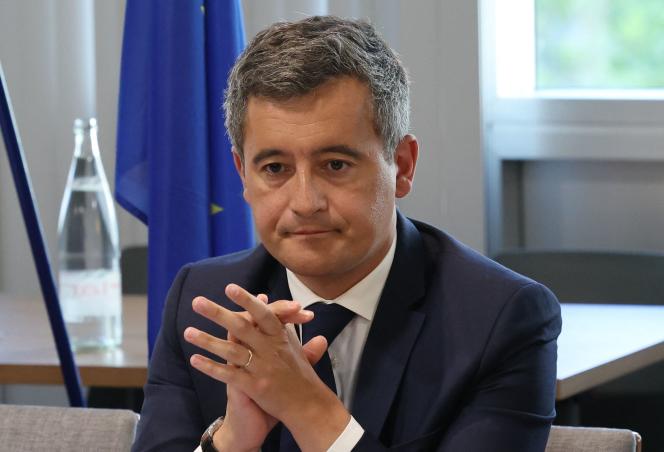 The policing strategy adopted at the Stade de France on the evening of the Champions League final continues to trigger strong criticism from the opposition on Wednesday, June 1, when the Minister of the Interior, Gérald Darmanin, and the Minister of Sports, Amélie Oudéa-Castera, must be heard in the Senate at the end of the day.

The chairman of the Senate law commission, François-Noël Buffet (Les Républicains), expects “a speech of clarity” and “almost a speech of truth” from the two ministers, in particular on the number of counterfeit notes, he said on Franceinfo. According to Mr. Darmanin, “30,000 to 40,000 English supporters ended up at the Stade de France, either without tickets or with forged tickets”. For Mr. Buffet, the two ministers must explain “on what basis they rely” to advance such figures.

“We could surely have done better,” conceded Olivia Grégoire, government spokesperson, after the Council of Ministers on Wednesday noon. According to Ms. Grégoire, Emmanuel Macron asked the government for “transparency, light on the facts, leads so that it does not happen again and responsiveness”. An expectation that would even be “an obsession” for the Head of State, insisted the spokesperson, while calling for “keeping a little composure, even if things need to be improved”.

“The facts are extremely serious and the minister’s lie is extremely serious”, considered the candidate of the National Rally for the presidential election, Marine Le Pen, on France 2, this morning. “In any democracy, faced with such a fiasco (…), [Gérald Darmanin] should himself consider that he must leave,” said Ms. Le Pen. On Twitter, she wrote explicitly that Mr. Darmanin “should resign.”

On Europe 1, the president of the group Les Républicains au Sénat, Bruno Retailleau, denounced a “scandalous affair”. “You can be wrong when you react a little quickly, but when you sink into lies, it’s serious,” he lamented. According to the senator, Mr. Darmanin is “discarding himself on British scapegoats. These supporters who have been prevented, gassed, robbed”.

“Nobody believes it,” said Mr. Retailleau of the number of counterfeits advanced. For the latter, in addition to the problem of the ticket office, “there have also been outbursts of savages, barbarians”. “We failed to maintain order, so we deny the reality,” he continued, saying that “when a minister, facing the camera in a television news, lies so brazenly to the French people he destroys democracy”. While, for the moment, the commission of inquiry has not yet been set up, Mr. Retailleau indicated that it could be “if the two ministers do not answer the questions”.

The senator from Vendée also asked the President of the Republic to “intervene in this debate, because it is too serious”, highlighting “the image of France in the world”. Socialist Senator Patrick Kanner, a former sports minister, went along the same lines on BFM-TV, saying: “I think that the President of the Republic, who is very silent on the subject, bears part of the responsibility in having imposed on our country the organization of an event which, perhaps, would have been better organized in other European countries. »

“The government has taken up the matter. We hold the necessary meetings and the reports have been ordered, clarity will be made. I am not a commentator, ”retorted Mr. Macron on this subject on Tuesday, during a trip to the Cherbourg hospital.