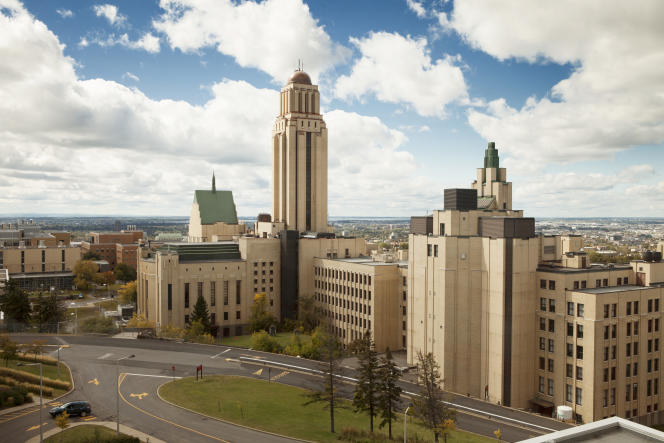 When she was in high school, Axelle Berthelot thought of enrolling after the baccalaureate in a business school. During a student fair organized in Lyon, she met Canadian universities and was convinced by their arguments, which she immediately passed on to her parents: a change of scenery, professional opportunities after graduation, moderate prices compared to a business school in France, courses in French or English… The following year, at age 18, she returned to the Faculty of Management at Laval University, in Quebec.

Axelle’s journey is no exception. Canada is now the most popular destination for young French people wishing to study abroad, ahead of Belgium. In 2018, 17,030 French people were enrolled in Canadian institutions, according to the most recent data from the public body Campus France. In just thirteen years, this figure has increased by 356%.

Most of these French people enroll in universities in Quebec, which are very active in France to attract high school students, through student fairs, partnerships with French universities, communication campaigns on social networks. Language and cultural proximity are all arguments that reassure French students looking for a North American change of scenery, recalls Jean-Christian Pleau, vice-rector for academic life at the University of Quebec in Montreal (UQAM). .

The universities of Quebec also offer, compared to their North American or British counterparts, attractive prices: for the license, the tuition fees paid by the French are aligned with those of students from other provinces of Canada (Quebecers pay cheaper). At UQAM, the annual amount of these fees is thus established at 9,200 Canadian dollars (6,752 euros). For the second cycle (equivalent to the master’s), the French pay 3,450 Canadian dollars (2,534 euros) per year.

Thus, the French represent half of the total number of foreign students at UQAM (2,112 in total in the fall of 2021) and even 57% at the University of Montreal, which, with its affiliated schools – HEC and Polytechnique -, brings together 5,786 French students. In the famous English-speaking Montreal university McGill, France is the third contingent of international students (about 15%), just behind the United States and China.

Health restrictions during the Covid-19 pandemic have slightly affected the attractiveness of Canadian universities to French people. But institutions expect a resumption of flows this fall.

The good professional prospects are not unrelated to the arrival of young French people. In April 2022, the unemployment rate was 3.9% in Quebec. Across Canada, that figure was 5.2%. These are the lowest levels on record since 1976, when these data were first released. Quebec’s demographics are no longer sufficient to meet the needs.

“Employers in Quebec are in a critical situation. We are looking for thousands of people, ”says Michèle Glémaud, director general of the admissions and recruitment service at the University of Montreal. The establishment has two advisers who help foreign students in their legal procedures to stay after their studies.

Now 22 years old, Axelle Berthelot clearly sees how easy it is to fit into the professional life of La Belle Province. “Every week, I am contacted for job offers”, is surprised the Frenchwoman, who worked, in parallel with her university course, two years at the National Assembly of Quebec. She is now working at the Ministry of Cybersecurity and Digital. In September, she will continue her master’s studies in information technology management, still in Canada, which she does not intend to leave for the moment.