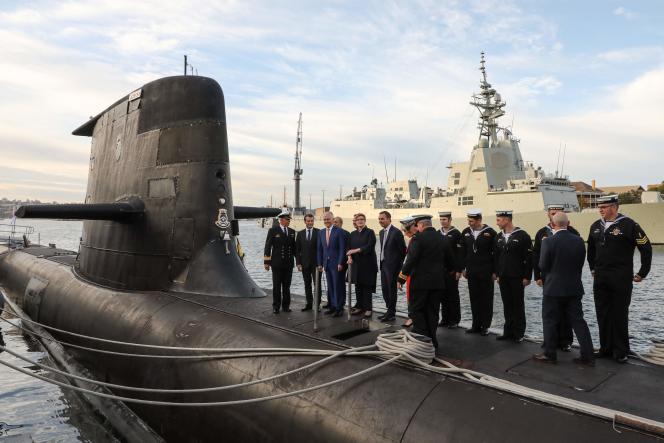 Compensation of 555 million euros will be paid by Australia to the industrialist Naval Group to put a financial end to the affair of the French submarines, announced the Australian Prime Minister, Anthony Albanese, on Saturday June 11.

The French group, majority-owned by the French state, and of which Thales is also a 35% shareholder, has accepted “a fair and equitable settlement” of 555 million euros, declared the new head of government, for the rupture, last fall, of a gigantic contract which had caused a diplomatic crisis between Paris and Canberra.

In September 2021, then-Prime Minister of Australia Scott Morrison suddenly ended what had been called the “deal of the century”, a deal made in 2016 to acquire twelve French nuclear submarines for 50 billion Australian dollars (about 35 billion euros, at the time), including about 8 billion for Naval Group and French companies.

It was the largest defense contract ever awarded by Australia, to replace its fleet, with first delivery expected by 2030. The budget then ballooned to eventually reach $90 billion ( €56 billion).

Mr. Morrison finally announced that his country would buy American or British nuclear-powered submarines, a major change for a country with weak nuclear capabilities.

The head of the Australian government then drew the wrath of French President Emmanuel Macron who accused him of deception. Relations between the two countries remained frosty until the election in May of centre-left Mr Albanese. The latter clarified that this settlement came after discussions with French President Emmanuel Macron, whom he thanked for the cordial way in which relations between Australia and France were restored.

The submarine contract is the centerpiece of Australia’s defense strategy against China’s growing influence in the region under President Xi Jinping. Nuclear-powered submarines could allow Australia to operate more stealthily and deterrently from China.

But there is great uncertainty about when Australia will actually be able to own these devices. The first American or British submarine is unlikely to be in service for decades, leaving a void for Australia with its aging current fleet.