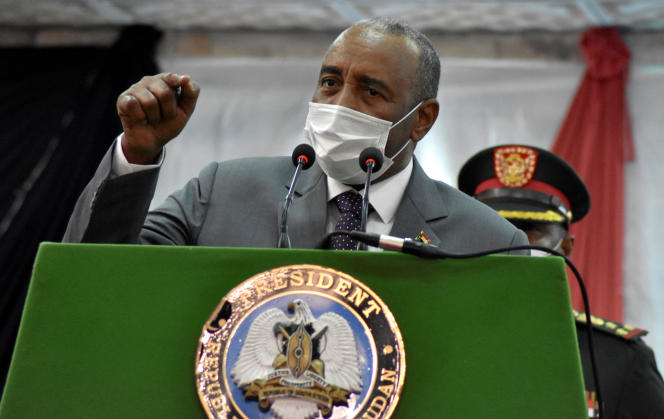 Sudan recalled Monday, June 27, its ambassador to Addis Ababa, accusing the Ethiopian army of having “executed” seven of its soldiers and a civilian taken prisoner, which Ethiopia, in conflict for land and water. water with Khartoum for years, denied. Sudan also summoned the Ethiopian ambassador on Monday to protest “an act that contravenes all conventions of war and international law”, according to the Sudanese military, which warned that “this treacherous act will not pass”.

The Sudanese army assures that “the Ethiopian army executed seven Sudanese soldiers and a citizen” taken prisoner “on June 22 in Sudanese territory and then taken to Ethiopia”, according to the Sudanese Ministry of Foreign Affairs. He added that he would “immediately recall his ambassador to Ethiopia and summon the Ethiopian ambassador to Khartoum to convey to him the Sudanese condemnation of this inhumane act”. Sudan has also announced that it is filing a complaint with the UN Security Council and regional organizations.

On Monday, General Abdel Fattah Al-Bourhane, head of the army and strongman of Sudan since his coup in October 2021, went to Al-Fashaga, fertile lands in the state of Gedaref (east), subject of a border dispute between Sudan and Ethiopia. Where, according to a Sudanese military official, the soldiers had been captured, he urged his soldiers to “prevent any further movement or violation of Sudanese or Sudanese soil law.”

Ethiopia, on the other hand, denounced “a distortion of the facts” and claimed that the violence had been “concocted on purpose” to undermine relations between the two neighbors, who, despite numerous rounds of negotiations, have so far never managed to reach an agreement on the course of their border. The Ethiopian foreign ministry said the Sudanese killed had been killed during a “skirmish between the Sudanese army and a local militia”, and this “on Ethiopian soil”. And he denounced “the incursion of a Sudanese regular army unit supported by terrorist elements from the TPLF”, the rebels of the Tigray People’s Liberation Front, at war with the Ethiopian government since 2020.

Above all, he asked Khartoum “to beware of any escalation”, while the Sudanese army, mired in the political and economic slump since the putsch, regularly announces that it has lost men on its border with Ethiopia. Clashes, sometimes fatal, often occur in this area. They intensified in 2020 with the war between the Ethiopian federal government and the regional authorities of Tigray, a region neighboring Sudan, which forced tens of thousands of Ethiopians to take refuge in eastern Sudan.

Although Ethiopian farmers had settled in the Al-Fashaga area for decades, Sudanese troops did not deploy there until after the outbreak of war in Tigray. This border dispute is fueling tensions between Khartoum and Addis Ababa, which have also been at odds for more than ten years on the issue of the Great Renaissance Dam built by Ethiopia on the Nile.