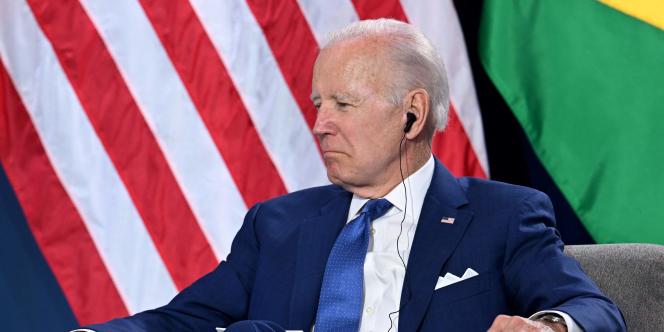 The United States will welcome 20,000 refugees from Latin America in 2023 and 2024, and release 314 million dollars (298 million euros) in humanitarian assistance intended mainly for Venezuelan migrants, announced on Friday June 10, the White House. The announcements come at the close of the Summit of the Americas in Los Angeles, where U.S. leaders from across the region are set to adopt a statement on their immigration commitments.

The United States is therefore committed to opening its doors to 20,000 people, which, according to a press release from the American executive, would be triple the number of refugees welcomed this year. By comparison, Washington promised to take in 100,000 Ukrainians after Russia invaded the country.

The Biden administration also intends to “increase” the reception of Haitian refugees – without giving figures – and will issue 11,500 seasonal work visas for nationals of Haiti and Central America, in order to cope with shortages of workforce.

Financially, the United States will provide $314 million in new funding for “humanitarian assistance and development assistance to refugees and vulnerable migrants” in Latin America. This program must mainly help Venezuelans, whether at home or in the countries to which they have emigrated. More than 6 million Venezuelans have fled their country, in the grip of a very serious economic and social crisis.

Neither Venezuela, nor Cuba, nor Nicaragua were invited to this major regional summit by Washington, which sparked strong criticism from some leaders present and the outright boycott of the President of Mexico, Andres Manuel Lopez Obrador.

The “Los Angeles Declaration”, as the White House calls it, which is to be adopted covers various commitments or reminders of past commitments by countries in the region, in terms of welcoming migrants and regulating flows. The text lays down the principle, dear to President Biden, of a “shared responsibility” between states as thousands of illegal immigrants try to enter the United States every day.

Belize will thus, according to the White House press release, launch a regularization program for illegal immigrants while Costa Rica will renew a temporary protection program for people from Cuba, Venezuela and Nicaragua.

Other examples: Mexico will increase the number of people eligible for a specific work permit program from 10,000 to 20,000, while Canada will open its borders to 50,000 workers in the agricultural sector.

News Editor - June 10, 2022 0
The Terramar autodrome, in Sitges, about forty kilometers south of Barcelona, ​​is one of the oldest motor circuits in the world, dating from 1923,...

For Sébastien Ogier, driving the 24 Hours of Le Mans “is...