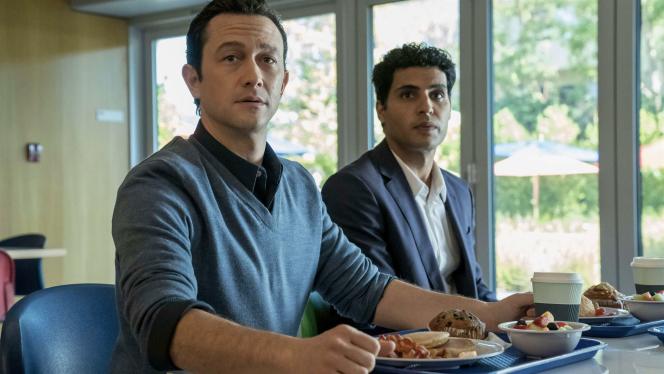 The latest in a wave of series about fallen tech giants (to varying degrees), Super Pumped is aptly titled. Overwritten, overacted, oversold (?), this new anthological series on “the hidden face of Uber” displays ambitions to match the neuroses of the main character of its first season, Travis Kalanick.

Like its contemporaries WeCrashed, about the coworking empire WeWork, and The Dropout, about the biotech company Theranos, it is about understanding how brilliant entrepreneurs have come, through megalomania, incompetence or dishonesty, to scuttle their business. or scuttle themselves.

Like WeCrashed and The Dropout, the series developed by Brian Koppelman and David Levien relies on the narcissism of a brilliant and visionary “startup” to explain the financial and legal blunders that nearly sent Uber, the first of the “unicorns”, Straight into the wall. And who cost his place to Travis Kalanick, fired from the head of Uber, just like Adam Neumann (WeWork) and Elizabeth Holmes (Theranos).

But where WeCrashed and The Dropout offered themselves a certain formal freedom to draw portraits of the imperfect leaders of our time, Super Pumped sticks to a “dossier” format close to the documentary, and chooses above all to make the character of Travis Kalanick, played by Joseph Gordon-Levitt, a good big bad guy. The bias may be respectable, but it immediately strips the series of a large part of its affects and its psychological finesse, at the risk of leaving viewers unmoved.

Super Pumped begins in 2011, when Uber lands its first big investment, to end in 2019, the year of Kalanick’s fall against a backdrop of financial losses and multiple scandals, linked to his personality but also more generally to a culture failing management. The bond that the boss of Uber weaves with the investment banker Bill Gurley (Kyle Chandler, eternal father figure of the small screen) serves as a red thread for the seven episodes of the series by establishing a balance of power half-friendly half-hostile between a “disruptor” and a veteran of finance, voice of prudence and reason.

From episode to episode, the series dissects a whole sick corporate culture: financial casualness, arrangements with the law, competition between employees, sexism… The demonstration, however, often boils down to case studies. That of Austin Geidt, right arm of Travis Kalanick, both victim and agent of this toxic culture, would undoubtedly have deserved a richer and more subtle development. The same goes for the role of Arianna Huffington, female and feminist surety of the series (she was on the board of directors of Uber), embodied by a disinvested Uma Thurman.

By its very documented side, this trial for the prosecution is not uninteresting, but it remains, in its form, quite academic, especially since the staging gives the impression of being reduced to pages and pages of dialogues – and it’s not Sorkin. A little style, less pedagogy, a little more fiction would probably not have allowed Super Pumped to equal The Social Network (2010) but would perhaps have helped it to free itself from its specifications. .

“By deciding to cut imports by ship of Russian oil, the...