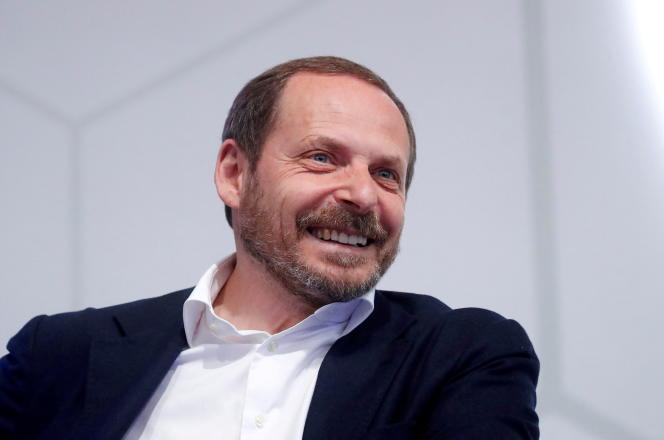 The co-founder and CEO of Yandex, Arkadi Voloj, resigned on Friday June 3 from the management of the group, giant of the Internet and services in Russia, after being sanctioned the same day by the European Union (EU) following the military invasion of Ukraine. The boss left the group’s board of directors “as well as his management positions in the group’s international subsidiaries”, the company said in a statement.

The company, often dubbed the “Russian Google”, is registered in the Netherlands and has European, UK and US subsidiaries, but the bulk of its business is in Russia and Russian-speaking countries.

Arkadi Voloj, 58, co-founded the company in 1997 and had been its CEO since 2000. He has been blacklisted by the EU, a sanction that targets him individually, as the tech giant is not directly sanctioned.

In its press release, Yandex denounced an “unfair” measure and assured that it would not have an impact on the functioning of the group. The company says Mr. Voloj controls 45.3% of Yandex shares through a “family trust”, but that this trust would follow the recommendations of the board of directors during the sanctions period.

Yandex is the leading search portal in the Russian-speaking space, where the group is also ubiquitous in taxis and food delivery. The group has suffered economically from the numerous sanctions imposed on Russia, notably losing foreign investors. Internally, and while the Yandex news portal enforces Kremlin censorship on content related to the conflict in Ukraine, the war has caused a stir.

This is not the first time that an executive of the new technology giant has been targeted by international sanctions because of the military invasion of Ukraine. On March 16, Tigran Khudaverdyan, personally sanctioned by the EU, resigned from his role as executive director and deputy general manager of Yandex. He had been disciplined for his alleged role in Kremlin propaganda.

Other Russian entrepreneurs have resigned after being sanctioned in the West: oligarch Gennady Timchenko, a close associate of President Vladimir Putin, resigned from the board of gas giant Novatek at the end of March, while billionaire Vaguit Alekperov left the position of CEO of the oil group Lukoil.