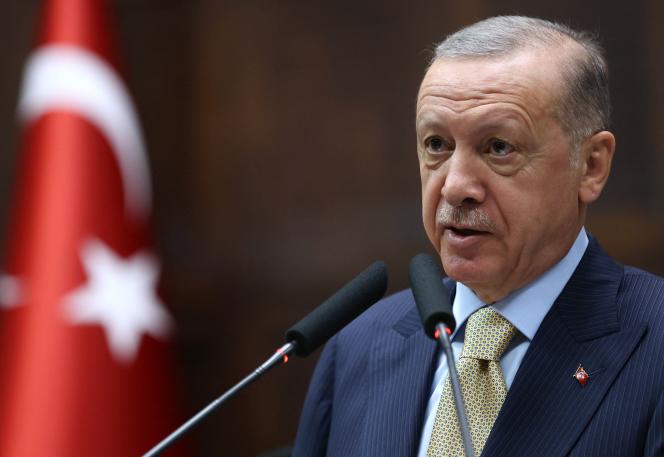 Turkish President Recep Tayyip Erdogan announced on Wednesday June 1 that he would no longer meet Greek leaders whom he accuses of not “being honest”. “We will no longer have bilateral meetings with them,” said the Turkish head of state, during a speech to his parliamentary group in Ankara, as the leaders of the two countries multiply the mutual accusations.

“You know we had a high strategic council agreement with Greece. I warned our foreign minister yesterday, we broke this agreement,” he added. Sealed in 2010, the agreement between Turkey and Greece provided for regular high-level meetings to develop cooperation between the two countries.

Without ever naming him, Mr. Erdogan criticizes the Greek Prime Minister, Kyriakos Mitsotakis: “He goes to the United States, he makes remarks against us in front of Congress. We are fed up now. If you are honest, we are ready to welcome you, but if you are not, sorry,” hammered the Turkish head of state.

Turkey has stepped up its criticism of Greece since Mr. Mitsotakis spoke to the US Congress in mid-May. The Greek Prime Minister had criticized Turkey without mentioning it openly. Turkish pro-government media interpreted the speech as an appeal to Washington not to supply the F-16 fighter jets requested by Turkey.

Armament of the Aegean Islands

The Turkish authorities also accuse the Greeks of arming the Aegean islands, in violation, according to them, of two treaties. Turkish Foreign Minister Mevlüt Cavusoglu reiterated on Tuesday that Ankara would challenge Greece’s sovereignty over the islands if it continued to send troops there. “Greece has violated the status of these islands and must disarm them. Otherwise, a debate on their sovereignty will begin,” he told the official Anatolia news agency.

In return, French President Emmanuel Macron, who chairs the European Union until July, lent his support to Athens, condemning any questioning of Greek “sovereignty”.

On Wednesday, German Chancellor Olaf Scholz also called on Turkey to show restraint towards Greece. “Given the current situation, it is necessary that all NATO allies stand together and refrain from any provocation among themselves,” his spokesman told a press conference in Berlin.

“Invading Greek airspace and flying over Greek islands is not acceptable, it seems counterproductive and against the spirit of the alliance,” he added.