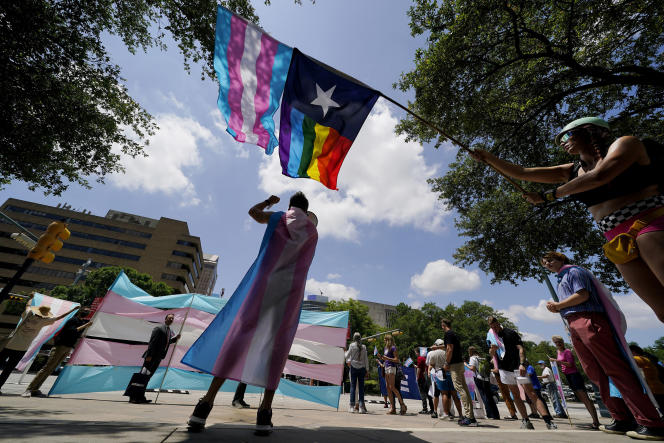 Texas continues to stick to its reputation as an ultra-conservative state. The state Supreme Court on Friday (May 13) again authorized investigations into parents of transgender children, overturning a court ruling that in March suspended those prosecutions. In 2021, a controversial directive from Republican Governor Greg Abbott equated certain “gender reassignment” procedures involving minors to criminally punishable “abuse.” Seized by a family, an appeal court had put an end to the application of this directive in March. But the Texas Supreme Court finds that the appeals court “abused its discretion” by issuing a statewide order, according to its decision seen by Agence France-Presse (AFP).

On the other hand, the authorities cannot resume the investigation targeting the family who had brought the case to justice, ruled the court, considering that this investigation would cause them “irreparable harm”. “Today’s decision is a victory for our clients and the rule of law,” according to human rights organization ACLU, which hailed a “partial” victory in a tweet. Partial because “it is clear that the application of this decision causes suffering to young people and their families”, she added. “These cruel attacks on transgender youth must stop,” the association also demanded.

The starting point of this directive from Governor Abbott had been widely relayed in the United States. The mother of a transgender teenager had been suspended by her employer, Texas Family Services, and had been visited by a detective who was investigating whether her 16-year-old daughter “wasn’t to transition from male to female,” according to the family’s complaint.

The case had taken on a national dimension, to the point that the American president, Joe Biden, had denounced a “cynical and dangerous campaign which targets transgender children and their parents”. The care to be given to transgender minors, just like their participation in sports competitions or the use of the toilets of the sex in which they identify, are the subject of lively debates in the United States where many conservative states have adopted the latter. years of restrictive regulations.