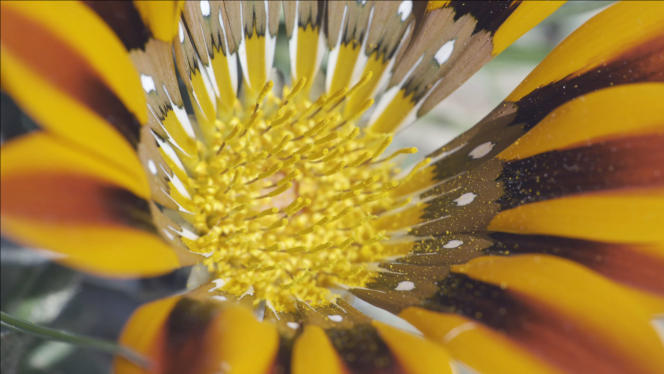 It was, for Charles Darwin (1809-1882), an “abominable mystery”. How were flowers able to take over the planet in record time, on an evolutionary scale? Beneath their fragile appearance, flowering plants are warriors. They now represent 90% of plant species on Earth: an overwhelming dominance.

As during a police investigation, a captivating documentary tracks down the clues that have allowed researchers to reconstruct the story not of a crime, but of a fabulous conquest: that of the world by slender corollas. An initiatory journey that takes us from the snow-capped peaks of Mont Blanc to the arid desert of South Africa via the forest of New Caledonia. With detours through laboratories around the world.

The botanist Sarah Darwin herself, great-great-granddaughter of the great naturalist, explains how the sudden appearance of flowering plants seemed to contradict the theory of her brilliant ancestor: for him, evolution proceeded by a succession of stages gradual and slow. However, the appearance of flowering plants seemed like a major “evolutionary leap”.

To understand it, we have to go back to the first terrestrial plants. One fine day, probably more than two hundred million years ago (but the date is debatable), plants invented an extraordinary object: the flower. A real break, because the architecture of the flowers and their reproductive strategy differed radically from that of the cones (sex organs of the seed plants that preceded them: the conifers). Flowers are the reproductive apparatus of plants. The whole secret of their success comes from their unbridled sexuality, and their alliance with precious partners: pollinating insects. The “super-bloom” of South Africa, which in a few days covers the desert with a multicolored carpet, is only a gigantic “speed dating” between flowers, with insects for matchmakers…

The flowers still have to deploy their weapons of massive seduction: their colors and their scents. Baits not intended to charm our eyes and nostrils, but to attract pollinators. We will discover the formidable efficiency of iridescent blue and ultraviolet. Or the singular strategy that the titan arum, or “titan phallus”, deploys to diffuse its stinking scent (and attract insects).

After that, for sure, you will no longer look at flowers only as graceful objects for sweet dreamers…