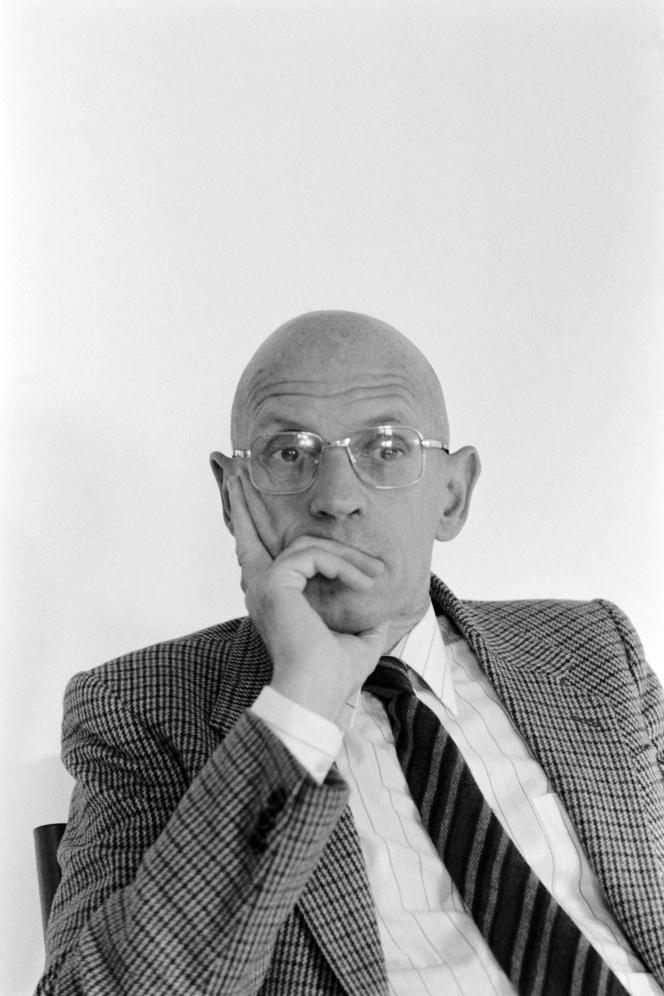 Michel Foucault, in 1954, was only 28 years old and not bald. He is known only in the small circle of the Ecole Normale Supérieure. For several years, his classmates have noticed his impossible character, his multiple estrangements, his suicide attempts, but also his sparkling intelligence and his extraordinary work abilities. The “Fuchs” (“fox”) is considered brilliant and crazy at the same time. Very quickly, he transformed his intimate tribulations through the psychiatric services into an impetus for his critical works. His first published work is entitled Mental illness and psychology (PUF, 1954), his research focuses on Binswanger and existential analysis and confronts Phenomenology and psychology (two courses published in the “High studies” collection, in 2021).

The course published today, The Anthropological Question, sheds a completely different light on this proto-Foucault. We indeed discover him as a philosopher in his own right, sovereignly mastering many of the great authors of the repertoire, and above all inhabited by themes and questions that his major works will develop. The young prodigy did not begin his thesis on the History of Madness in the Classical Age (Plon, 1961; Gallimard, 1972), which he wrote in Uppsala, Sweden. He will publish Les Mots et les Choses (Gallimard) about ten years after this course, in 1966. However, he offers a very elaborate analysis of the question “What is man?” from its specific contemporary meaning to its disqualification in Nietzsche.

The question of a human nature

Faced with his listeners in the rue d’Ulm – the course may have previously been given at the University of Lille, where he had taught since 1952 – Foucault describes a three-part process. In the first place, the thought of the classical age could not, he says, formulate the anthropological question. Even if Descartes signed a treatise entitled De l’homme (1664), the place of the human – between God, nature and grace – did not allow the blossoming of a questioning of his autonomous essence, conceived as the root of knowledge, source of its own truth.

The question “What is man?” is experiencing its golden age with Kant, who makes it the ultimate goal of philosophy. It evolves and extends into the 19th century, notably in Hegel, Feuerbach and Dilthey, whose course reveals unexpected readings. The last painting of the triptych is devoted to Nietzsche, whom Foucault scrutinizes intensely from this period, even if he remains restrained by the interpretations of Jaspers and Heidegger. In any case, under the flashes of the philosopher with the hammer, the question of a human nature is undermined, insists the young philosopher. The conviction that this nature conceals an unsurpassable truth is defeated.

Connoisseurs or amateurs of Michel Foucault will practice the game of anticipations and gaps, identifying the “not yet” and the “already at this time”. However, this course remains interesting on its own, independently of the work that follows.

The biggest difference is the style. Because these notes are dry, telegraphic, intellectually brilliant but devoid of any charm. The great shimmer of writing will come later, with these operatic overtures appearing at the head of the main works: “La Nave des fous” in Histoire de la folie…, “Les Ménines” in Les Mots et les Choses, le supplice by Damiens in Discipline and Punish (Gallimard, 1975). Pleasure is learned.