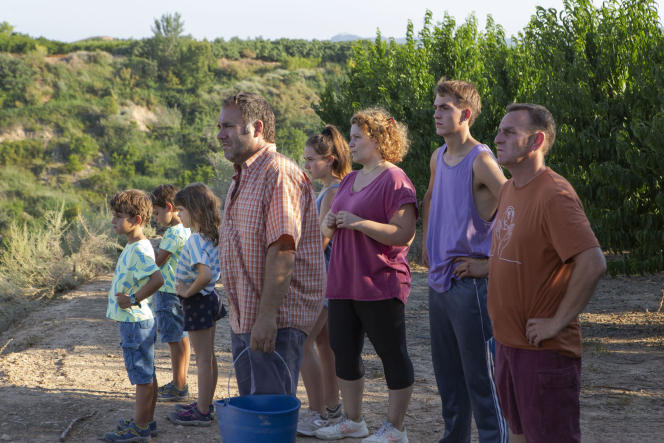 As part of a multidisciplinary cycle devoted to the city of Berlin (“Berlin, our 20s”), the Center Pompidou opens its cinemas to the major festival held there every February, the Berlinale, for a substantial resumption of its programming. The initiative to make a selection travel and live is all the more significant since the 2022 edition, obtained after a hard fight in the face of health restrictions, was in many respects excellent despite the acrobatic conditions of its outfit.

We will therefore find several of the awarded films, such as the Golden Bear, Our Suns (Alcarras), by the Catalan Carla Simon, a beautiful chronicle of peasant stubbornness in the face of soil artificialization works, or the Ours d’ argent, Avec amour et acharnement, by Frenchwoman Claire Denis, the second of her films written with Christine Angot, which depicts the insidious degradation of a couple played by Juliette Binoche and Vincent Lindon.

Among the twenty-five films presented in preview by Carlo Chatrian, co-director of the event (with Mariette Rissenbeek), in the presence of the teams, several are well worth a look. Like the very inspired Coma, by Bertrand Bonello, a “divertimento” about a confined teenager sailing dangerously on the nocturnal river of the Internet and falling under the hypnotic influence of a strange female guru. This short eighty-minute film, mixing with crazy inventiveness heterogeneous image regimes (animated figurines, rotoscoping, tutorial videos, subjective views), shows a disturbing porosity between the digital worlds and the regions of the unconscious.

The prolific Hong Sang-soo, a South Korean filmmaker who regularly gives us his news, is also in the game with La Romancière, a new existential wandering in the distant suburbs of Seoul. Her heroine, a successful and up-and-coming writer, settles accounts with old acquaintances who have turned their backs on her. When, in a park, she meets a young actress who dispels all her resentment and makes her want to shoot a film with her. With the sense of purity that we know for him, the South Korean director delivers here his reflections on the life of an artist, the pangs of creation, the inspiration that arises at the corner of the street, the chance that governs all things, neither good nor bad.

Among other curiosities, we should also point out a beautiful double from German-speaking Switzerland, with on the one hand A Piece of Sky, by Michael Koch, a tragic love story filmed with string in the steep mountain pastures, and on the other Unrest, by Cyril Schäublin, who intersects industrialization and anarchism in a village specializing in watchmaking in the 19th century. Both took the courageous part of an interpretation by non-professionals, which makes the incarnation of their characters all the more dense and surprising.

This recovery will finally be an opportunity to pay tribute to a still too little known master, the Kazakh Darezhan Omirbaev, 64 years old and the only truly consistent heir of Robert Bresson. His latest film, Poet, worries about the erasure of poetry in our desperately materialistic age. A strong, deep, painful work, but which manifests an unbroken belief in the powers of cinema.