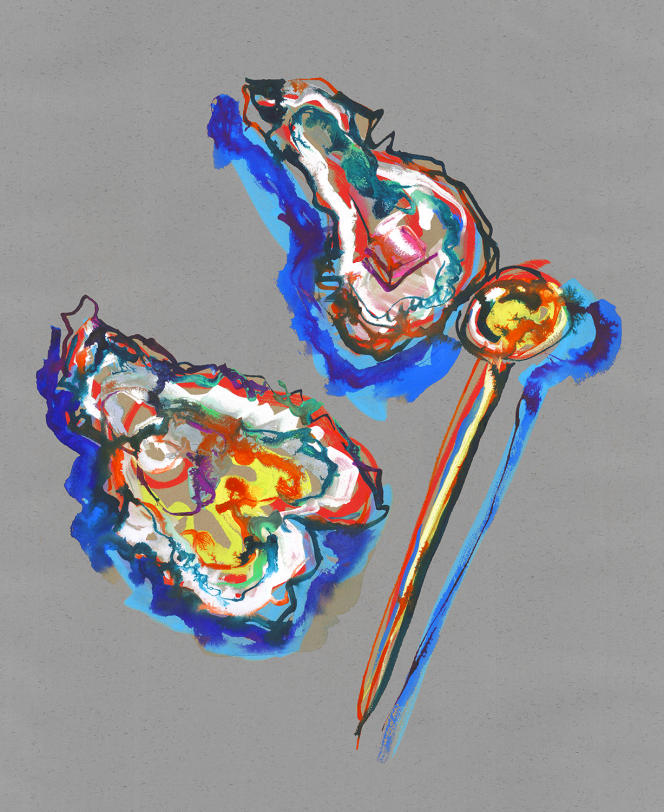 In Fellini’s Satyricon, a film adapted from the novel of the same name by the Latin writer Petronius, the “Feast at Trimalcion” scene is of rare cinematic power. While a swarm of half-naked slaves busy themselves with service, a group of Roman notables, lasciviously reclining, go into ecstasies over the smoking entrails of a roast pig.

According to historical accounts and archaeological digs, the way the Romans fed themselves in ancient times was actually much more prosaic. Like us, ordinary mortals generally take three meals a day: the jentaculum, at sunrise, the prandium, around noon, and the cena, dinner, which gave rise – among the wealthiest – to banquets composed hot dishes.

To seize the food that the cooks have taken care to cut, we use our fingers or a cochlear: a typical cutlery whose shape is reminiscent of a spoon. At the top, the cuilleron, slightly domed, is used to contain bites; at the bottom, a sharp pointed handle allows for pricking food and picking teeth. A few beautiful examples in silver, copper or pewter have been found in the Hoxne hoard, kept in the British Museum.

Nowadays, the object has disappeared from kitchens. During the meals and culinary workshops that she organizes around Arles, Mireille Chérubini, a cook passionate about ancient Roman gastronomy, offers her guests the opportunity to use reproductions of cochlear, shaped with a 3D printer.

On this spring evening, a little wind of experimental gastronomy is blowing through the alleys of the Jardins de la Fontaine, in Nîmes. On the sidelines of the Roman Days and its program of shows and historical re-enactments, the municipality of the ancient Gallo-Roman city has set up a large period banquet.

At nightfall, guided by the light of the oil lamps, 150 curious gastronomes put on togas and laurel wreaths before settling around a large table. On one side of the plate, a parchment details the different stages of this dinner inspired by the recipe repertoire of Apicius, a wealthy Roman cook at the end of the 1st century BC. On the other, a pewter alloy cochlear will serve as the only cutlery.

“The Romans distinguished thirteen ways of perceiving flavors,” explains Emmanuel Perrodin, cook historian, who developed the menu with the complicity of Nicolas Fontaine, executive chef of the Maison Albar Hotel L’Imperator. Use your cochlear to explore their taste kaleidoscope. »

Soon the spoons are plunging deep into a marrowbone to extract the plump flesh from a few snails; the pointed handles sting at the heart of Camargue oysters garnished with egg, fenugreek and white wine. In the mouth, the memory of a distant taste suddenly arises. Without alterations or traces of rust.