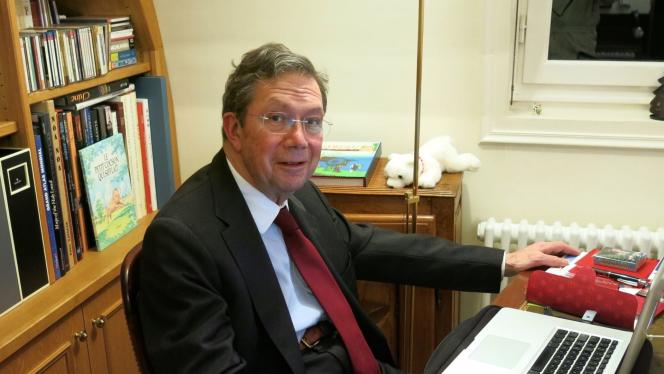 The publisher Alain Gründ, who directed the editions founded by his grandfather, from 1963 to 2007, died at the age of 83, at Chesnay-Rocquencourt (Yvelines), on July 14. Founded at the end of the 19th century, Gründ notably published The Dictionary of Painters, Sculptors, Engravers and Draftsmen, by Bénézit – a reference in the art world –, as well as numerous works of art techniques, such as an encyclopedia of Viollet-le-Duc or the collection “Legends and tales of all countries”.

“The business was in a sorry state when he took it over,” says his wife, Monique Gründ. He was then 24 years old, a graduate of IEP Paris and an MBA from the prestigious Wharton School (Pennsylvania, United States). And had just returned from the Algerian war, for which he had been mobilized, in 1962.

The young man, born on March 6, 1939, in Paris, methodically developed books for young people, practical works and works devoted to nature, while strengthening the beautiful illustrated books. “It took me ten years to get the business back on its feet,” he told Publishing Perspectives magazine in 2018. Alain Gründ also created, in 1989, in the Czech Republic, a small publishing house for young people, Brio, to publish tales by Grimm or Andersen. Ten years, again, will be needed to earn money. “If I was in a band, I would have been fired properly,” he admitted.

His greatest success will remain Where’s Wally?. Alain and Monique Gründ convinced Walker Books, London, to develop together the book project of British cartoonist Martin Handford. For the reader, the whole game consists in trying to find, in an inextricable crowd scene, the hero with his striped jersey, as well as a string of secondary characters and a whole panoply of objects. Born in 1987, Charlie has become an incredible international success.

A hard worker, the CEO of this independent house was a precursor of international co-publishing, in particular with the British publisher Paul Hamlyn. They accounted for up to 80% of Gründ’s turnover. “Although we sell more than three million books a year, we are strangers,” he admitted in Livres Hebdo in 2003.

Alain Gründ ended up selling his publishing house to the Editis group in 2007, and for a year was an advisor to its president, Alain Kouck. “He sold at the right time,” comments his colleague Serge Eyrolles. The grandson of the founder of Gründ has campaigned a lot for the collective cause, assures Jean-Guy Boin, former director general of the International Bureau of French publishing.

“Publishing owes him a lot”

Over the years, Alain Gründ has chaired the National Publishing Union (from 1985 to 1991), the Federation of European Publishers (1990-1992), the International Union of Publishers (1996-2000), the International Bureau of French Publishing (2003-2013). “It was on a European and global scale that Alain Gründ looked at and carried the book. He has constantly advocated exchanges, openness and union of the profession, “said the Minister of Culture, Rima Abdul-Malak. A convinced Germanophile, Alain Gründ also led the High Franco-German Cultural Council.

“He tirelessly traveled the planet trying to convince all publishers to adopt the single book price in turn,” recalls Monique Gründ. An essential reform for which Alain Gründ had worked with Jérôme Lindon. “Publishing owes him a lot,” says Editis CEO Michèle Benbunan.

From a first marriage with Anne Le Prat, he had three children, Antoine – he is the only one tempted by his father’s profession, since he directs Editions du Patrimoine –, Agnès, speech therapist, and Alexis, director of resources. human. Alain Gründ was passionate about swimming, scuba diving and water skiing, sports he practiced for a long time, also particularly loved music, in a very eclectic way, and gardening. He had redesigned and took particular care of the garden of his house in Louveciennes (Yvelines). He devoured the history books that lined the bookcases in his office.