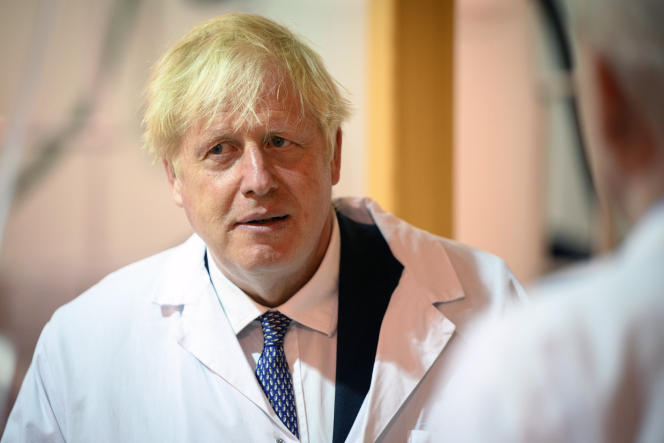 Former health minister Sajid Javid, whose resignation was one of those that added pressure on Boris Johnson, pulled out of the race just before the final list of candidates was announced. Two other candidates, Secretary of State for Transport Grant Shapps and MP Rehman Chishti also dropped out due to lack of support.

The vote to determine Boris Johnson’s successor will take place over the summer in stages and will be open only to party members. The first round of voting was scheduled for Wednesday, with candidates who failed to secure at least 30 votes being eliminated. Further rounds will take place on Thursday and, if necessary, during the following week. The Conservative Party wants the two finalists to be chosen by July 21, so they can spend the rest of the summer campaigning across the country.

Mr. Johnson, who remains Prime Minister until his successor is known on September 5, had resigned as leader of the Conservative Party after around 60 members of his executive had slammed the door, tired of repeated scandals. .

Former Chancellor of the Exchequer Rishi Sunak, who resigned with a bang from government last week, taking with him around 60 other members of the executive, is now among the favorites to succeed Boris Johnson . Mr. Sunak, 42, however, was careful not to criticize his former leader, saying in his speech launching his campaign that “Boris Johnson is one of the most remarkable people I have ever met and, whatever some commentators say, he has a good background.”

Unlike his rivals, Rishi Sunak has been cautious about tax cuts amid high inflation. “It’s a matter of ‘when’, not ‘if’,” he said. “We need to get back to the conservative values ​​of economics, and that means honesty and accountability, not fairy tales.” Mr Sunak had been criticized when he was finance minister for not doing enough to relieve British households strangled by the cost of living crisis.

Facing him, the former Minister of Defense and last Minister of Commerce, Penny Mordaunt, and the Secretary of State for Foreign Affairs, Liz Truss, are the challengers. The latter has received the support of the Minister for Brexit Opportunities, Jacob Rees-Mogg, and the Secretary of State for Culture, Nadine Dorries, both staunch Brexit supporters and allies of Boris Johnson. “Liz has always been against Rishi’s [Sunak] tax hike,” Rees-Mogg said. She is a convinced eurosceptic, she will meet the expectations of voters and she believes in low taxation. »

The campaign had so far been limited to bombastic launch videos, vague promises – with most candidates assuring they will introduce tax cuts without explaining how they will finance them – and polemics in everything gender. The last finance minister, Nadhim Zahawi, felt that they were trying to “smear” him, when the press reported that he was the subject of a tax investigation. He has promised to publish his tax return each year if he becomes prime minister.