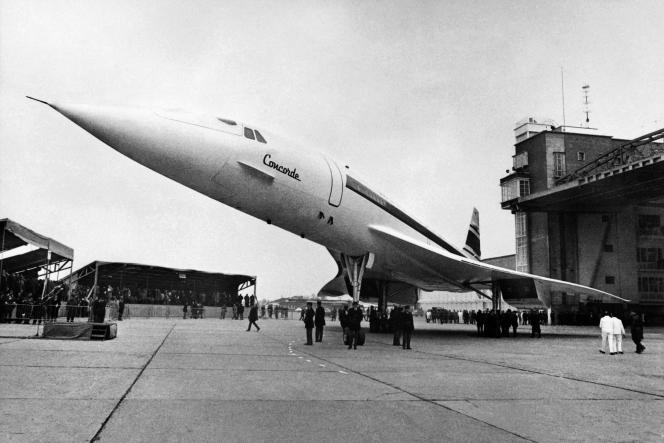 “Out of the world of conventional aviation”; “to steal where no one has flown”. These are the main themes of this documentary by Véronique Lhorme to describe the brief epic – twenty-seven years of commercial exploitation – but oh so rich of the Franco-British supersonic Concorde. Made in 2016, the film is essentially a technical presentation of this aircraft like no other.

Thought out in the 1950s, designed in the 1960s, built in the 1970s, it remains a real concentrate of novelties. In its shape, the Concorde is unlike any other aircraft, with its revolutionary delta wing – hitherto reserved for fighter planes –, its tilting nose, ensuring better penetration in the air, its engines adapting to different flight phases. A specific alloy was made for its envelope, capable of withstanding both speed and heat, which could cause the cabin to expand by several centimeters.

The central problem of the plane’s gravity was solved by a judicious and complex system of distributing, according to the different phases of flight, the 95 tonnes of kerosene under the entire cabin. A fuel that will also be used for cooling the aircraft.

The Concorde is also a test bed for new aeronautical applications, with the use of the first electric flight control or carbon brakes, which will later be found on Airbus planes. The supersonic is finally a catalog of records: the flight altitude, 20,700 meters, and, of course, the speed, Mach 2.23, or about 2,754 km/h.

Véronique Lhorme recalls how France and the United Kingdom decided to combine their know-how to build the first – and last to date – civilian supersonic aircraft. On November 22, 1962, the two countries pooled their skills, while each producing its own prototype, the 001 in Toulouse, the 002 in Bristol.

“It’s like putting a hundred passengers in a bullet,” engineer Yves Gourinat sums it up, emphasizing the magnitude of the challenge. On March 2, 1969, the Concorde 001 tore its 112 tons from the Toulouse-Blagnac runway for a first flight of twenty-nine minutes. The comment by André Turcat, the test pilot, to the journalists who came to interview him after this historic flight, was laconic to say the least: “Concorde flies, and it flies well. Pierre Grange, captain, thought it useful to clarify: “We don’t fly Concorde, we control it. »