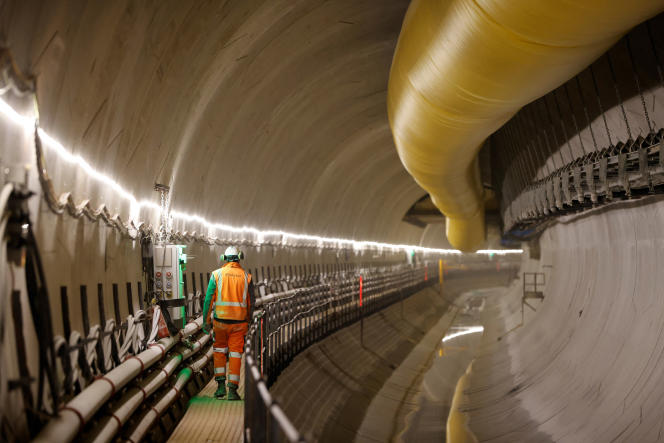 Mobile Internet, in 3G and 4G, took years to arrive in the Paris metro. 5G, the latest generation of mobile telephony, will be accessible from the first journeys of the future Greater Paris metro lines. Line 15, whose southern section between the stations of Pont de Sèvres (Hauts-de-Seine) and Noisy-Champs (straddling the Seine-Saint-Denis and the Seine-et-Marne) must enter into service at the end of 2025, will even be the very first European metro fully covered in 5G. The equipment installed in tunnels, stations and corridors will allow subscribers to use their mobile phones as if they were outdoors, and without losing service when entering or leaving the metro.

For this section, more than a thousand 5G routers, a kind of large modem provided by the South Korean equipment manufacturer Solid, will be fixed to the walls of the 16 stations and the 33 kilometers of tunnel. All the complexity of the site is due to the nature of the environment, “all underground, with underground stations on several floors and many corridors, which requires determining the best locations to ensure good coverage”, explains Thierry Papin, Managing Director of Totem in France, the Orange subsidiary specializing in the deployment of mobile networks, which won the call for tenders launched by the Société du Grand Paris. The four French operators (Bouygues, Free Mobile, Orange and SFR) will rent this shared equipment so that their subscribers can make their calls. Fully supported by Totem, the investment required to build this “neutral” network exceeds 10 million euros.

Unlike the intramural lines of the Paris metro, almost all of which were built before the invention of the mobile phone, the Grand Paris Express site, which brings together the four new lines 15, 16, 17 and 18 , provides in its architecture the presence of air-conditioned technical rooms necessary for the proper functioning of mobile telephony equipment. To bring 4G to the Paris metro, the main difficulty, in addition to dust weakening the equipment, was the absence of such air-conditioned premises in the stations. This explains the late arrival of mobile Internet in trains and on platforms.

Lines 16 and 17, which will begin to circulate gradually from mid-2026, will be equipped according to the same principle by the Spanish Cellnex. The call for tenders for line 18 is underway. Totem planned to compete. Nicolas Roy, the CEO of Totem, is also targeting other similar projects, “such as extensions of metro lines or crowd gathering places such as stadiums”. With, in sight, the 5G equipment of the sites of the 2024 Olympic Games in Paris.

Roland-Garros: at the end of the night, Rafael Nadal defeats Novak Djokovic and prolongs the adventure