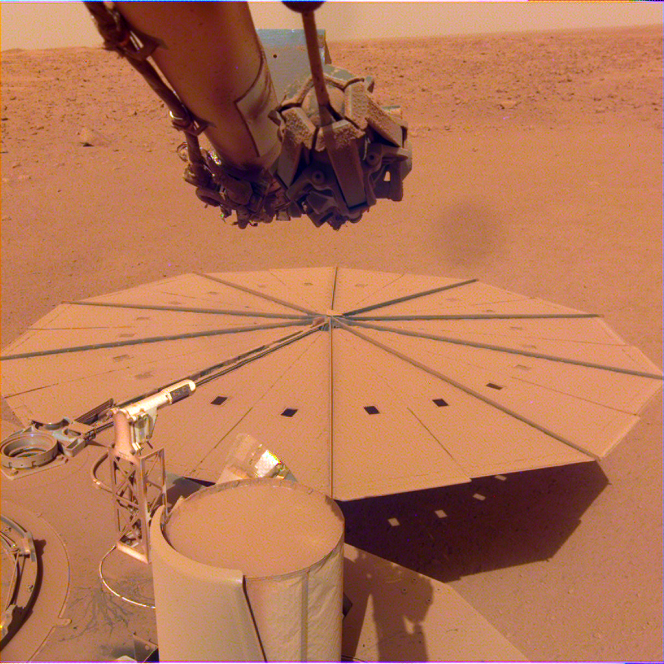 On May 4, InSight, NASA’s Martian lander, recorded a magnitude 5 quake, the strongest of some 1,300 tremors captured by its instruments since it arrived on the Red Planet in November 2018. But its days are now over. counted, the US agency admitted on May 17. Dust accumulates on its two solar panels, which only provide 1/10th of the energy produced at the start of the mission. The latter has already been extended beyond the planned Martian year (the equivalent of two Earth years), and its main instrument, the French-designed SEIS seismometer, which worked wonders, will not be able to operate beyond the end of summer. From the end of May, the robotic arm will be placed in “retirement position”. NASA engineers predict that, barring a providential gale from the whirlwinds that occasionally sweep across the desolate landscape of Elysium Planitia, InSight will cease all activity in December.