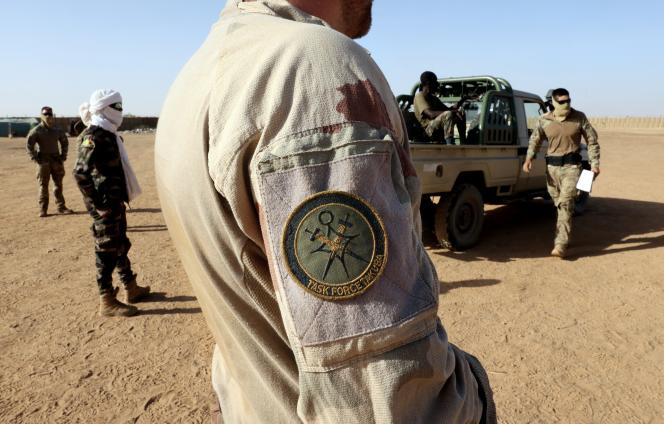 While the war in Ukraine questions the doctrines of all the armies of the world, the French Special Operations Command (COS), which celebrated its 30th anniversary on Friday June 24, is no exception to the rule.

Even if, at this stage, no public element makes it possible to support any engagement of the French special forces (FS) on Ukrainian territory, the conflict and its international repercussions are nonetheless shaking up the very specific operating methods of the FS. . “We are in the process of taking up all the doctrine of gray areas”, confided in May, during a press briefing, General Bertrand Toujouse, head of the COS since September 2021.

Since its creation in the aftermath of the war in Iraq, in 1992, at the same time as the direction of military intelligence, the COS has, in fact, specialized in the fight against terrorism, to the point of having acquired recognized competence when it comes to releasing hostages or “targeting” jihadist leaders. But with the evolution of terrorist violence in Africa, increasingly “insurgent”, and the return of war in Europe, “the COS is entering its fourth life”, believes General Toujouse.

After a “first life” built around commando actions in the Balkans, in Somalia, or in Rwanda; after the experience of the Afghan theater from the 2000s where the COS rode its model composed of both elite units from the air force, the navy, and the army – a specificity French; after a “third life” that started with operation “Serval” in Mali in 2013, the French FS must now “accelerate the transition to get out of a very expeditionary model and focus on contesting power” , summarizes the general.

Concretely, for the COS, this amounts to being able to respond to a possible latent confrontation with other States, but below the threshold of armed violence. A situation that could lead it to develop missions in theaters other than the Sahel or the Levant, its current main areas of intervention – and therefore, potentially, in Europe.

In this case, the SFs could in passing be led to develop modes of action to which they had less recourse until now, such as discreet reconnaissance, sabotage or the more or less assumed display of partnership with armed groups.

While the Chief of the Defense Staff (CEMA), General Thierry Burkhard theorized the current geopolitical evolution in a “competition-contestation-confrontation” triptych, “the special forces have the means to position themselves in the whole of this spectrum”, considers Colonel Laurent Bansept, seconded today to a research position at the French Institute of International Relations (IFRI), after having spent most of his career in special operations.

Composed of around 4,200 people, the COS – whose numbers increased by 25% between 2014 and 2019 – would now, according to him, have reached a sufficient size to manage both the Sahelian and European theater. The important thing would rather be to prioritize the “operators”, as the FS are called within the COS.

“We are pioneers, we must be employed to open up an area”, General Toujouse pushes in this direction. To ensure a role in the phase of competition between powers, which is developing particularly in Africa, the SFs nevertheless face capacity limits, particularly in terms of planes, helicopters or transmission systems. “To compete, you have to be able to afford to go the distance and gain the upper hand,” continues Colonel Bansept.

For areas where the threshold of “challenging” has already been reached, the current era would have the advantage of limiting the need for FS discretion. “We have to assume the challenge,” said General Toujouse, during an intervention at IFRI at the end of April, referring to the fact that the SFs do not carry out clandestine actions as such, reserved in principle for the Action Service (SA) of the General Directorate for External Security. In this context, the use of “ruse”, partly governed by the law of war and in which the SFs are part, appears as a tool to be re-explored, in the eyes of specialists in hybrid warfare.

There remains the case of open conflict and therefore of potential confrontation. “Generally, the special forces are there in a field that they master very well. The current Cold War climate, however, raises the question of the new risks incurred and the legitimacy of the engagement”, analyzes Colonel Bansept.

Current developments open the door to the recruitment of new profiles, particularly in the digital field, and raise new legal issues. Over the past thirty years, operations have generally taken place within a well-established framework: United Nations resolution, agreement with the host country, or even a vote by the Parliament of the country concerned. In the future, this frame could be significantly less comfortable.