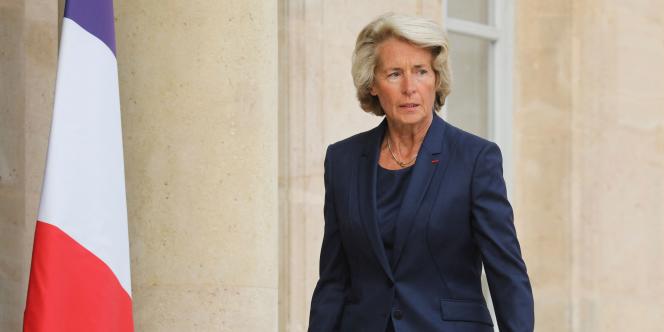 A hundred personalities from all walks of life, including the presidential majority, denounce the “homophobic remarks” of Minister Caroline Cayeux in a column published on Saturday July 16 on the Journal du Dimanche website.

“How to accept the remarks made by the minister responsible for local authorities on the eve of the national holiday”, wonder the signatories, among whom are, in the political department, the former Prime Minister Manuel Valls, the deputies of the majority Joël Giraud, David Valence, Raphaël Gérard, Quentin Bataillon, or even the mayors of Paris Center Ariel Weil (PS), of the 5th arrondissement Florence Berthout (DVD), of the 6th arrondissement Jean-Pierre Lecoq (LR) and of the 9th arrondissement Delphine Bürkli ( Horizons), as well as the 1st deputy mayor of Marseille Michèle Rubirola (EELV).

Also initialed the text, entitled “To all these people”, the neuropsychiatrist Boris Cyrulnik, the secretary general of the National Union of Autonomous Trade Unions (UNSA) Laurent Escure, the entrepreneur Mathieu Gallet, the host Alex Goude, the doctor of sciences Aurélie Jean or the psychiatrist Serge Hefez.

Ms. Cayeux sparked controversy this week by responding to Public Senate, which questioned her about old statements dating from 2013 “on marriage for all and adoption for same-sex couples, described as reform of whim and purpose that goes against nature. The minister first said, “Obviously I stand by my words. But I’ve always said that the law, if passed, I would apply it.” And to add: “I must tell you all the same I have a lot of friends among these people. Frankly, it’s a bad trial that I’m being given and it upset me a lot.”

Faced with the outcry, Ms. Cayeux backpedaled Thursday evening in Le Parisien, recalling that the remarks, which she now considers “stupid and clumsy”, “go back ten years”. “And while I can’t deny holding them, of course I won’t use them again and regret them,” she added, offering her “deepest apologies.”

“The question is not whether this new minister has, in her entourage, friends among “those people”, like a mask on her prejudices”, write the signatories of the platform. “She deliberately chose to maintain homophobic language: it is certainly reprehensible. And only a judge should decide, “they add, while several associations announced on Wednesday that they had filed a complaint in Paris.

“On the other hand, the question is to know if the government, in its duty of solidarity, validates the position of one of its members, and if the majority subscribes to its attitude”, underline the signatories, even if certain ministers, like Clément Beaune, openly gay, have publicly distanced themselves from Ms. Cayeux’s words.

“It is a question of defending not this or that community, but the respect of the principle of equality and legality by a member of the government”, they insist, without calling for the resignation of the minister. “His words hurt many of us personally, but above all they undermine our daily efforts to uphold republican principles in our territories”, they point out, believing that Ms. Cayeux’s “regrets” do not have the ” strength of sincerity”.

After Mrs. Cayeux’s apologies, Prime Minister Elisabeth Borne assured Friday that “things are now clear”. “And Caroline Cayeux, like the rest of the government, is hard at work and focused on her mission,” she said.