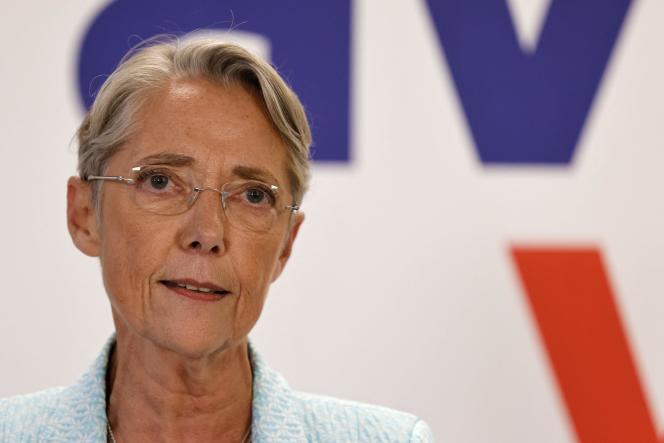 Confusion reigns in the ranks of Ensemble as to the attitude to take in the event of a face-to-face in the second round between candidates from the New Popular Ecological and Social Union (Nupes) and the National Rally (RN). La République en Marche first told Agence France-Presse (AFP) on Sunday, June 12, after the announcement of the results, that Together! would not give national instructions but “on a case-by-case basis”.

“It’s the Republican Front, against the extremes,” the presidential party explained, arguing that “some Nupes candidates are extreme: it will be a function of the personality of the Nupes who is qualified, especially if it’s is someone who has the values ​​of the Republic”. “But we will not support any RN candidates,” LRM added.

The Prime Minister, Elisabeth Borne, herself, seemed to send back to back extreme left and extreme right, denouncing in her speech Sunday evening an “unprecedented confusion between the extremes”, before, later in the evening, to call for “never give a voice to the far right”.

Asked about possible LR-Ensemble alliances! against Nupes candidates, the leader of the LRM group in the Assembly, Christophe Castaner, did not rule out this possibility, saying: “I know how to tell the difference between the extremes and the parties that are part of the republican sphere” . “We can disagree politically but we can work together,” he added to Rachida Dati (LR), present with him on the France 2 set, acknowledging that LR and Together! could serve as voice pools for each other. “We can have convergences,” he added.

Gabriel Attal: “We will see the local situations”

Asked on France 2 at the start of the evening about the attitude of the majority in the event of an RN-Nupes duel, the government spokesperson, Olivia Grégoire, had kicked into touch. “I believe these are local debates. It’s not a national issue tonight,” she replied.

“We have to wait to see the scenarios that will arise or not (…) We have always been very clear about our opposition to the extremes and in particular to the National Rally. We will see the local situations that arise, which candidates are in place and there will be positions that will be taken, ”said Budget Minister Gabriel Attal on TF1.

But shortly after on the BFM-TV set, Maud Bregeon, candidate for the presidential majority in the 13th constituency of Hauts-de-Seine and spokesperson for La République en Marche (LRM), showed herself to be categorical. “Not a single voice should go to the National Rally and the far-right candidates”, “everywhere we call to beat the RN”, said the latter.

“There will obviously be local debates, however, the LRM spokesperson that I follow tells you that everywhere we are calling for the far-right candidates to beat”, like the presidential majority, who had called the rest of the political forces during the presidential election to block Ms. Le Pen in the second round, she said.

“Never give a voice to the far right”

For her part, the Prime Minister, challenged on Twitter by the Communist Fabien Roussel, clarified the “line” of the majority: “never give a voice to the far right”.

On the side of Nupes, anger and incomprehension were expressed, while the majority judged in the past that Jean-Luc Mélenchon, faced with LRM-RN duels, did not come out clearly enough in favor of the “Republican” candidate.

“Environmentalists mobilized massively to defeat Le Pen for the presidency. Hear Olivia Grégoire and Gabriel Attal refuse to give an indication of vote in the event of a duel

“LRM does not call for defeating the far right. This marks a break in the republican and democratic values ​​​​of our country, “wrote on the same network the former boss of the Greens and MEP David Cormand.

The first secretary of the PS, Olivier Faure, considered “scandalous” the intervention of Ms. Borne, “when she now seeks to explain that there would be two extremes against which it would be necessary to fight (…). Frankly, it smells a lot of panic, ”he said on France 2.