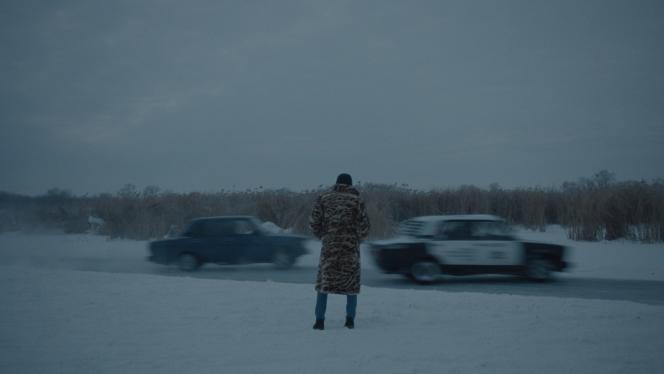 On the banks of the Volga, in the town of Togliatti – thus named in 1964 in honor of Palmiro Togliatti (1893-1964), a prominent figure in the post-war Italian Communist Party – there was work for everyone. the world. Comfortable apartments. Schools, cultural activities.

All this thanks to AvtoVAZ, a gigantic car factory, the largest in the USSR, inaugurated in 1966. It was from its bowels that the famous Lada came out. And in particular its flagship model, the mythical Jigouli. Thanks to this industrial success, Togliatti suddenly became the symbol of socialist progress and well-being. But that was before. Togliatti today is a disaster place, hit by endemic unemployment. A city, 1,000 kilometers southeast of Moscow, enveloped in sadness and boredom, which has become one of the poorest in Russia. How to live in such a setting when you are 20 years old and your life to build?

For her first documentary feature, the Catalan Laura Sistero strikes hard. For a year, between the winter of 2018 and the end of 2019, she immersed herself in the daily life of Misha, Slava and Lera, three young people from Togliatti. Three friends, two boys, a girl, who try, in a movie set, to imagine a future somewhere other than Togliatti, the Russian version of a dormant Detroit. For their parents and grandparents, Togliatti remains a city where one can live. But their memories of happy days are not enough to convince Misha, Slava and Lera to imagine their future in such a place.

Rodeo on the Volga

In the meantime, we take care of ourselves as best we can. And the car, historic symbol of Togliatti, becomes a new object of worship. On frozen lakes, industrial wastelands, parking lots, young adults adept at “drift”, a sliding technique as mastered as it is spectacular, have a great time playing with the nerves of the Militia who hate these noisy slides.

Aboard old Jigoulis patched up, boosted, backfiring, controlled skids follow one another, on splendid images that give these meetings the air of wild mechanical ballets. Their parents earned their living at the car factory, they drive these Ladas from another time with joyful pleasure. Rodeo on Volga.

Short extracts from period propaganda films produce an almost comic effect. We see happy workers, bright colors, a dynamic city, a choir singing the glory of AvtoVAZ (“pride, honor and glory”). Then, the reality of 2019: melancholy, greyness, anxieties of young adults. The war in Ukraine plunged the city even further into depression: Renault, which had taken control of the firm and had massively restructured it, at the cost of thousands of job cuts, ended on May 16, by selling its 67.69% stake to the Central Automobile and Engine Research and Development Institute NAMI.

What will become of Misha, a brilliant mechanical student who, after an internship in France, dreams of working in Switzerland? Will Slava manage to avoid the army, a prospect that anguishes him day after day as evidenced by his attempts to get discharged?

And Lera, the daughter of the gang, who works in a small sandwich shop while waiting to finish her studies to take care of human resources, how will she cope? Every day, she talks on the phone with her boyfriend who is in the army, hundreds of kilometers from Togliatti.

Love and sadness, anguish hopes. In the evening, to forget this daily life, it is time to take the wheel of the dilapidated Jigouli that we bought for not much. And to let yourself slip. “I like the ‘drift’, because there’s a sense of chaos. And I can control the chaos,” says Misha. Welcome to Togliatti.