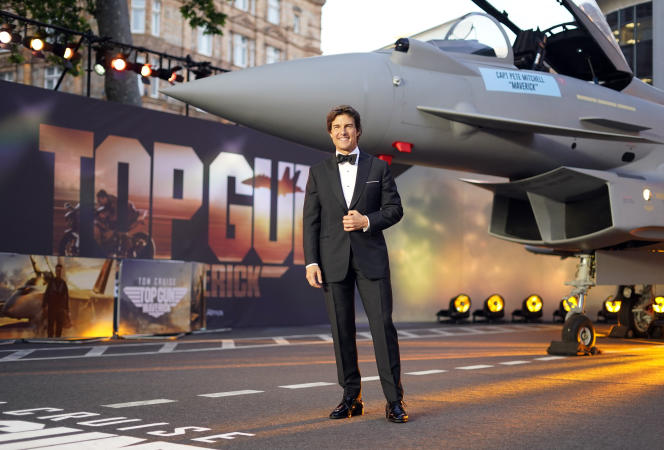 Andrew Eksner feels he has a mission that some would call “impossible”: to bring down Paramount Pictures, one of Hollywood’s most powerful studios, owned by the Paramount Global conglomerate. On the phone, this French speaker describes himself as “a German Jew of French origin, married to a Polish woman, living in Los Angeles for twenty-five years”. In Hollywood, he says he worked for a long time in special effects, before specializing in the promotion of filming locations abroad. His career changed in 2019, when, armed with a letter of recommendation from the American ambassador in Warsaw, he tried to convince Paramount to send the filming of Mission: Impossible 7 through Poland. The company fails, Eksner takes the fly, gradually building up a file loading the American giant. His most incriminating piece? The more than $200 million contract signed in the summer of 2020 by Paramount with the production company New Republic Pictures, covering ten films, including Top Gun: Maverick and the Mission: Impossible saga, with Tom Cruise each time.

In an article from the Los Angeles Times published on September 28, 2020, Brian Oliver, the CEO of New Republic, indicates that he created his company in 2017 with the financial support of wealthy individuals, based in Monaco and Spain. Andrew Eksner sees it as a transparent reference to the activities of the Russian Valerii An, number two of New Republic, at only 35 years old. “Until recently, his CV indicated that he had worked for nine months, in 2015 and 2016, as marketing director at AS Monaco, a football club owned by oligarch Dmitri Rybolovlev, underlines the whistleblower, with supporting screenshots. This reference has since been deleted. »

Andrew Eksner draws our attention to photos of the same Valerii An participating, in September 2021, in a party organized on the sidelines of a charity tennis tournament, the Bosco Friends Open, in the company of the Moscow economic and political elite, including the Kremlin spokesman Dmitry Peskov. “Paramount Pictures is in big trouble, everyone on Wall Street knows that Shari Redstone [the CEO of Paramount Global] wants to part with it, assures Andrew Eksner. There is a real risk that the Kremlin will seek to take control of it via Valerii An. Russian interference in American policy has been demonstrated. Why wouldn’t they tackle the movies? »

Palm of honor to Tom Cruise

In early April, through a series of massive emails from his assistant Lidia, Andrew Eksner alerted the media to the presence of “dirty Russian money” in Top Gun: Maverick’s budget. “As a result of my messages, host Jimmy Kimmel canceled Tom Cruise’s appearance on his show,” Eksner said. Sunday, May 15, he reiterates his accusations, this time through the voice of his Polish lawyer, Piotr Lewandowski, who bombards the mailboxes of the leaders of the Cannes Film Festival and its main partners. In vain: three days later, an honorary Palme d’or was awarded to Tom Cruise, on the sidelines of the out-of-competition screening of the film, while a squadron of the Patrouille de France flew over the Croisette, in honor of the American actor.

Neither Paramount Pictures nor New Republic responded to requests from Le Monde. As for Andrew Eksner, he places his hopes in the investigations carried out by the Bulgarian office of the FBI, which he says he has requested and which has promised him its protection. Contacted by Le Monde, special agent Steven M. Young, who oversees the FBI investigation according to Mr. Eksner, was as evasive as the characters portrayed by Tom Cruise, from blockbuster to blockbuster: “I can’t answer , neither positively nor negatively, to any question whatsoever. »