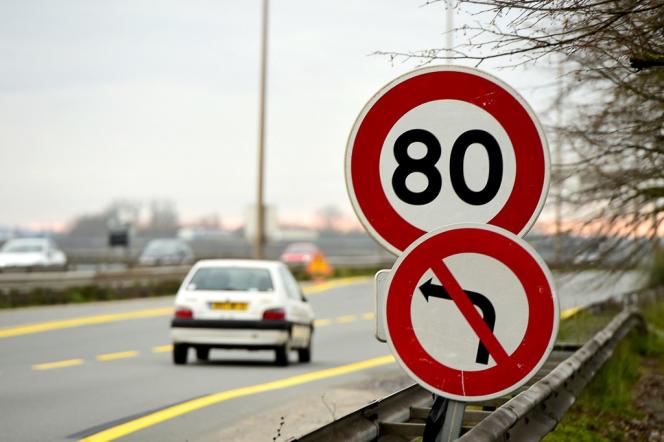 Unofficially mentioned by the Ministry of the Interior to several journalists, the idea of ​​no longer deducting license points for speeding less than 5 km / h compared to the authorized speed caused, Thursday, May 26 , first political reactions. These were certainly expected in Place Beauvau, where no decision on this subject has yet been taken, two weeks before the legislative elections.

The spokesperson for La République en Marche, Maud Bregeon, confirmed on RMC, Thursday morning, that “nothing has been done as we speak” and that the project “is part of a global reflection “. The avenue explored in Place Beauvau would consist of no longer deducting points for a “small excess” while retaining the fines, which would concern 58% of the 12.5 million tickets sent for speeding checked by radars. One of the stated objectives is to reduce the number of false declarations by drivers, some of whom are replaced by a third party to avoid losing license points.

But the opposition sees it above all as a political maneuver. During a trip to Seine-Maritime as part of the legislative campaign, the former candidate of the National Rally (RN), Marine Le Pen, reminded the press that she had taken this measure as part of the presidential. But “every time Emmanuel Macron takes up a proposal that I was able to make, he does it more badly”: the deputy of Pas-de-Calais, candidate for his re-election, recommends for his part not to withdraw from points for speeding under 20 km/h. What’s on the table, she says, is therefore “it’s a tiny little present.” “Be careful with the promises that are made in the fortnight preceding the election because as a rule, they are not kept,” also warned the former candidate for the Elysée.

For Jordan Bardella, president of the RN and guest of the morning show of France 2, Thursday, “it’s Christmas before time” from the government. “It’s always great, election periods,” he commented, before noting: “We were the first in political life (…) to demand the end of the license points, explaining that motorists were not cash cows. “If he is therefore in favor of such a measure, “in the automotive field, the priority is obviously the reduction of taxes on gasoline”, specified the MEP.

The president of the Republicans, Christian Jacob, also considered that “removing the small withdrawals of points, it is rather a good thing which goes in the right direction”. However, “we must maintain the fine absolutely, otherwise there is no longer a limit”, he judged with RTL, before estimating that “as we are in an election period, we can have a doubt on advertisements”. With President Emmanuel Macron, “we have experienced a lot of gaps” between “words and deeds”, according to him.

The reactions were less enthusiastic on the side of road safety associations. The president of the League against road violence, Chantal Perrichon, considered with Agence France-Presse that one had to be “crass and hallucinating ignorance to propose this”. “It is by fighting against minor speeding that there will be a drop in mortality,” she said.

For Anne Lavaud, general delegate of the Road Prevention association, creating “elasticity at the threshold” could be taken “as an invitation to drive faster, at a time when road safety figures are on the rise again”. “This seems to us to erode the penalty points system, often taken as an example abroad and appreciated by the French,” she said.

Conversely, this reflection “goes in the right direction” for Pierre Chasseray, general delegate of the association 40 million motorists. “We are finally being listened to. This is a first step. Then, if the figures show that accidents are not increasing, in my opinion, it will be necessary to consider adjusting the financial penalties,” he commented.

Towards more leniency for minor speeding violations? The opposition denounces a...