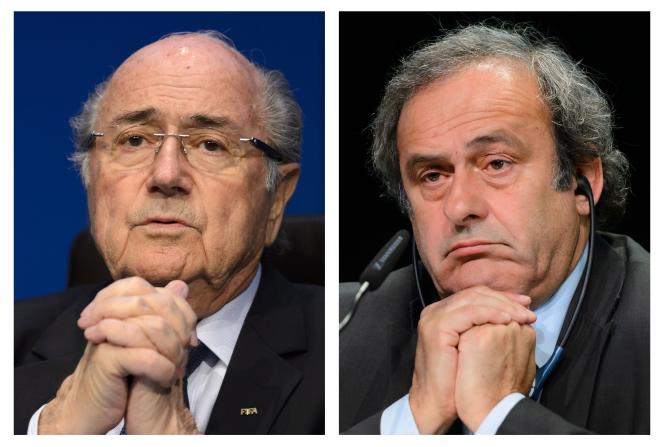 It’s an old story that has earned ex-president of the International Football Federation (FIFA) Sepp Blatter and former boss of the Union of European Football Associations (UEFA) Michel Platini a high-profile trial. That of an allegedly unfair payment of 2 million Swiss francs (1.9 million euros) made in February 2011 by the first to the second.

From June 8 to 22, the two men will appear before the Swiss Federal Criminal Court (TPF), in Bellinzona, for “suspicions of fraud, unfair management, breach of trust and forgery in titles”. The criminal investigation by the Public Prosecutor of the Swiss Confederation (MPC) into this controversial payment to Mr. Platini had caused, in the fall of 2015, the fall of the latter, then a candidate for the succession of Mr. Blatter.

For the Swiss federal prosecutor, Thomas Hildebrand, who brought the criminal proceedings to an end, there is no doubt that Mr. Platini benefited from a “pecuniary advantage in respect of a debt which did not in reality exist and to which he had no right”. According to the magistrate, the Frenchman’s “illegitimate double enrichment” “was achieved by the compensation of 2 million Swiss francs and, in addition, to the extent of Platini’s corresponding social security debt assumed by FIFA [229 126 Swiss francs]”.

Mr. Hildebrand does not believe the version given by MM. Blatter and Platini since the investigation was opened on September 24, 2015: they claim that this payment was made as “arrears of wages” under an “oral” agreement in 1998 in which Mr. Blatter had undertaken to pay 1 million Swiss francs annually to the French for his mission as technical adviser to the presidency of FIFA (1998-2002).

Without determining why this payment was made a few months before the June 2011 FIFA election, in which Mr. Blatter was re-elected for a fourth term with the support of UEFA, Mr. Hildebrand noted that the sums observed did not coincide. He noted that Mr. Platini signed a contract with Mr. Blatter as an “independent” consultant, “on August 25, 1999 in Zurich”: “He agreed with Blatter on a remuneration of 300,000 Swiss francs per year, the agreement providing, among other things, that FIFA would not bear social security contributions. »

In addition, he recalls, in his indictment, that the Frenchman sent to the financial director of FIFA, Markus Kattner, on January 17, 2011, a “fictitious invoice for a net amount of 2 million Swiss francs [500 000 Swiss francs per year for the years 1998-2002]” and “demanded the payment of all social security contributions relating to this amount, including those payable by the employee”.

For Catherine Hohl-Chirazi, lawyer for FIFA, civil party in these proceedings, “FIFA had no debt to Platini: his contract as adviser to President Blatter had been fully executed and paid between 1999 and 2002”. According to her, “the oral contract thesis is a fabricated fabrication in an attempt to justify a payment that concerns a personal matter between Blatter and Platini whose cause is not between 1998 and 2002, but between 2010 and 2011.” Mr. Platini’s lawyer, Dominic Nellen, intends to “demonstrate” in court that “everything went correctly with regard to the payment of the salary” of his client.

The elements of the criminal file make it possible to establish the chronology of the facts. It was in early 2010 that Mr Platini claimed his “due” from FIFA. Mr. Kattner then commissioned, in February 2010, a first summary table of the payments already made to the Frenchman under the 1999 contract. Then, in July 2010, a second: it emerged that 1.05 million Swiss francs had already paid to the Frenchman as wages. Did he show it to Mr Platini, as the ex-CFO suggested to the FIFA Ethics Committee in November 2015? The ex-captain of the Blues assures today “no longer remember”.

Heard by the FIFA Ethics Committee, Mr. Kattner explained that Mr. Platini had spoken to him three times, in 2010, about this balance. Without being categorical, the former financial director specified that he had never mentioned a specific “amount” with MM. Platini and Blatter and having discovered the amount of 2 million when receiving the invoice from Mr. Platini, in January 2011. He says he was unaware of the amount of 1 million annually on which MM would have agreed orally. Blatter and Platini in 1998.

Who did the calculation establishing a balance of 500,000 euros annually over four years? Contacted by Le Monde, Mr. Blatter assures us that these are MM. Platini and Kattner “who did the math”. “As Mr. Platini had already received the same bonus as the Secretary General of FIFA and daily allowances from 1998 to 2002 when he was my adviser, we fixed a balance of 500,000 Swiss francs per year. Mr. Kattner took care of this arrears file with the social security contributions paid by FIFA, ”he explains.

On September 25, 2015, during his first hearing as a defendant, Mr. Blatter claimed that he no longer remembered the 1999 contract and that his financial director had not reminded him of its contents before the 2011 payment. questioning, Mr. Blatter, who until 2013 had exclusive signing power at FIFA, did not immediately confirm the principle of an oral agreement with Mr. Platini in 1998: “Myself, the General Secretary and CFO were surprised when we received an invoice from Platini for 2 million. The reason given was that, contrary to what I had promised, he had only earned 500,000 Swiss francs in the first four years, instead of the million that I had supposedly promised him. We were surprised and then said we would pay that bill. »

Mr. Blatter and his chief financial officer had the 1999 FIFA contract. During his hearing as a witness by the Swiss public prosecutor’s office in 2015, Mr. Kattner assured that he “knew” this document but no longer knew if he had “gone to consult it again before the payment was triggered”.

Was Mr. Kattner “deceived” by Messrs. Blatter and Platini in 2011 regarding this “substantial sum, which was not due”, as considered by the MPC? Asked, the former financial director did not wish to comment.

It was Jean-Paul Turrian, his personal adviser at UEFA, whom Mr Platini confidentially asked to issue an invoice to Mr Kattner’s address. “Mr. Platini told me: ‘They owe me 2 million, call Kattner, and he will give you the necessary information'”, tells Le Monde Mr. Turrian, auditioned twice by the Swiss prosecutor’s office.

Mr. Turrian recalls his phone call to Mr. Kattner: “Kattner tells me the amount, he is the one who tells me that the social benefits will be paid by FIFA, he recalls. I simply stupidly copied what he dictated to me and Michel signed the invoice. »

“Before sending the invoice, Michel had told me ‘FIFA owes me four times 500,000, I’m a bit stupid: maybe they owed me a little more, but that’s okay'”, testifies M .Turian. Once cashed by Mr. Platini, this amount will be declared by the French, in 2012, to taxes in Switzerland. This controversial payment will be included in FIFA’s 2010 accounts, validated by the organization’s finance committee and congress.

Did Platini ask for 4 million?

One element intrigued the Swiss prosecutor’s office: the amount that Mr. Platini would have initially claimed from FIFA. In March 2018, heard as “person called to provide information” (assisted witness), the Frenchman Jérôme Valcke, ex-secretary general of FIFA, was questioned on this point by the prosecutor Joël Pahud. He claimed to have “attended [his] daily meeting with Mr. Blatter”, in 2010, “on that day when Blatter received this phone call from Mr. Platini asking for the payment of this money”.

The ex-FIFA number two told the magistrate that Mr Blatter had “expressed his astonishment and surprise that it fell at this time”. The “amount”, too, would have “surprised” the FIFA President. According to Mr. Valcke, the Frenchman claimed from Mr. Blatter “double” the sum finally paid, i.e. 4 million.

Mr. Valcke told the MPC that Mr. Blatter allegedly told him, “But that’s still more than what I was earning at the time, so there’s no reason to pay that amount.” “So I don’t know if it was Michel who had tried to play it tricky and said ‘Ah, I want that much’ (…). But if you go from a request to 4 and you sign to 2, it means that there has been negotiation, in any case, there has been a discussion, there is an agreement which has been made between the parties said Mr. Valcke.

“I never talked about money with Blatter, or 2, 4 or 6 million. It is therefore impossible, ”swept Mr. Platini before the MPC, during a hearing in 2020. Contacted, Mr. Platini denies “formally”. As for Mr. Blatter, he disputed Mr. Valcke’s version during a hearing in September 2020 and claims today that he does not remember “those 4 million in 2010”.

Yet Mr. Valcke did not change his version during a second interrogation in November 2020, quipping on “Mr. Blatter’s memory”: “I did not invent this 4 million, this information. »

Regardless of the charges against the defendants and the offenses potentially committed, MM. Were Blatter and Kattner aware, in 2011, that the validation of the invoice sent by Mr. Platini could ultimately harm the latter, whose candidacy to succeed Mr. Blatter at the head of FIFA was torpedoed by this case, in the fall of 2015? The question should come up repeatedly during the trial. Simple fraud is punishable by five years in prison “or a monetary penalty” under Swiss law.