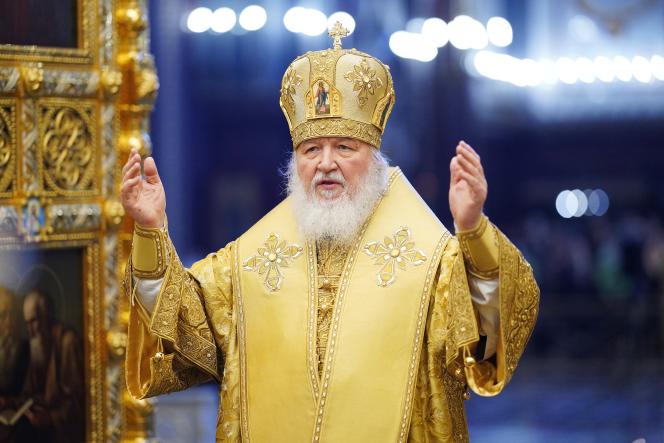 The Franco-Russian journalist Ksenia Bolchakova and the director Philippe Lagnier took an exciting journey to the heart of Ukrainian identity. to the Russian aggressor.

From kyiv to Odessa, from Nijyn to Ouzhhorod, via Tbilisi (Georgia) and Vilnius (Lithuania), where many Ukrainians have taken refuge since the beginning of the Russian invasion at the end of February, these women and men, sometimes united by family ties to Russia, most of them perfectly bilingual, prove that Vladimir Putin’s willingness to treat Ukraine as “a fictional state” is utterly stupid.

The master of the Kremlin would like to consider himself, as in the time of the tsars, sovereign of all the Russias: the great, with Moscow as its capital, the small, with kyiv, and the white, with Minsk, in Belarus. Bet failed.

The cultural and linguistic proximity that binds these “brother countries” would be enough, in Putin’s eyes, to make Ukrainians accept integration into a fantasy Russian world. He wanted to unite the great Slavic family, it is imploding. In fact, the longer the war lasts, the more Russian cultural influence in Ukraine recedes. And the more the hatred grows.

“A step into nothingness”

“I have my three sisters in Russia. If my cousins, whose ass I wiped, come here, I’ll kill them! says Yuri, who heads a territorial defense unit and comes to visit his Russian-born mother in Kyiv, where she has lived for nearly half a century. “The Russians are no longer our brothers,” she says with tears in her eyes.

Ksenya, a young French teacher, fled Donetsk under the bombs in 2014 to settle in Odessa: “It’s my city, my country. I will never leave my house again,” she said. She broke ties with her parents, who remained in Donetsk and were pro-Russians. Likewise, her companion, Pavel, no longer speaks to his own mother, a fervent admirer of Russia.

In Uzhhorod, near the Slovak border, Andrei Kurkov, the most translated Ukrainian writer in the world, wrote in Russian all his life. Polyglot, he will henceforth write in English or in another language. “The concept of the Russian world means, in Putin’s eyes, that Russia’s borders end where no one speaks Russian,” he says. Since Russian is spoken all over the region, that means Russia will never stop! »

In kyiv, the cradle of the Slavic Orthodox religion, Archbishop Epiphane does not hide his opinions: “Our warriors take up arms like a cross!” The Russian world has brought suffering and murder,” stresses the clergyman, who has long distanced himself from Russian Orthodox authorities and the controversial Kirill, Patriarch of Moscow and All Russia.

In Moscow, astrophysicist Sergei Popov was one of the Russian scientists who signed a forum for peace. He expects the worst: “The isolation of Russia in the world will aggravate the cultural and technical degradation of our country. The war with Ukraine is a step into nothingness. »

An opinion that obviously does not share the Russian propagandist deputy Evgeny Popov. Facing the camera, smirking, he says: “If there is a war, it’s the one you are waging against us, dear Western friends! We will fight until the end. And you, are you ready? »