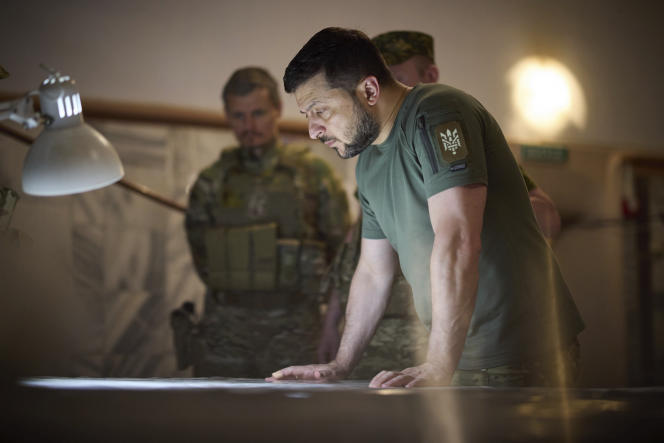 Ukrainian President Volodymyr Zelensky sacked the country’s chief prosecutor and the head of the country’s security services on Sunday evening July 17 on suspicion of treason by some of their subordinates for the benefit of the Russians, on the eve of a meeting of the EU to tighten sanctions against Moscow.

“I have taken the decision to relieve Prosecutor General” Iryna Venediktova, “and the head of the security services” (SBU) Ivan Bakanov, Zelensky said, as Russia continues its bombardment of several cities Ukrainians.

The orders dismissing SBU chief Ivan Bakanov, a childhood friend of Zelensky, and Attorney General Irina Venediktova, who had filed charges for Russian war crimes in Ukraine, were posted on the president’s official website. In a message posted via Telegram, Zelensky explains that he dismissed senior officials because of the collaboration with Russia of many members of their agencies. According to Volodymyr Zelensky, about 60 officials from the agencies of Bakanov and Venediktova are working against Ukraine, in the territories occupied by Russia. It would be a total of 651 cases of treason and collaboration that would involve prosecutors and law enforcement officials.

“Each of these questions will be answered”

“Such a spectrum of crimes against the foundations of the national security of the state (…) raises very serious questions for the leaders concerned,” the Ukrainian president said. “Each of these questions will receive an appropriate answer,” he added.

Volodimir Zelensky named Oleksy Symonenko the new prosecutor general in a decree that was also posted on the president’s website. “Such a large number of crimes against national security foundations and established links between Ukrainian law enforcement officials and Russian special services raise very serious questions for the leaders concerned. Each of these questions will be answered,” he continued.

Ms. Venediktova notably led the investigation into alleged atrocities committed at the start of the invasion by Russian forces in the town of Boutcha, a suburb north-west of kyiv, which in the eyes of the West has become a symbol of the “crimes of Russian war in Ukraine.