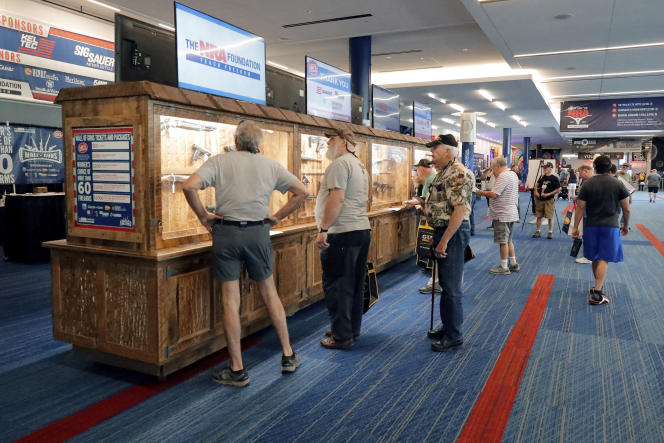 The powerful American pro-arms lobby (NRA) is organizing its annual high mass on Friday, May 27 in Texas and for four days, just three days after the massacre at a school in this American state which left twenty-one dead, including nineteen children. and two teachers. After the massacre perpetrated by an 18-year-old teenager, the NRA contented itself with denouncing, on Thursday, the act “of an isolated and disturbed criminal”, while clearing itself of any responsibility for the killing.

Daniel Defense, the manufacturer of the assault rifle used in the killings, announced on Thursday that he was giving up participating in the annual convention of the first arms lobby. “Daniel Defense will not be attending the National Rifle Association [NRA] rally due to the horrific tragedy in Uvalde, Texas, where one of our products was criminally diverted from use,” announcing a spokesperson at Agence France-Presse (AFP). “We believe it is inappropriate to promote our products in Texas at the NRA rally this week,” he added.

A scourge that cannot be stemmed?

Former White House tenant Donald Trump confirmed his presence on Wednesday, saying that the United States “needs real solutions and real leadership in this time, not politicians and partisan considerations” . “That’s why I will honor my long-standing commitment to speak at the NRA convention in Texas,” he said, promising “an important speech to the American people.”

In the United States, school shootings are a recurring scourge that successive governments have so far been powerless to stem. The debate over gun regulation in the country is largely on hold, given the lack of hope for Congress to pass an ambitious national law on the issue. The March for Our Lives movement, created after the Parkland shootings, called for a June 11 rally in Washington to demand tougher gun regulations.