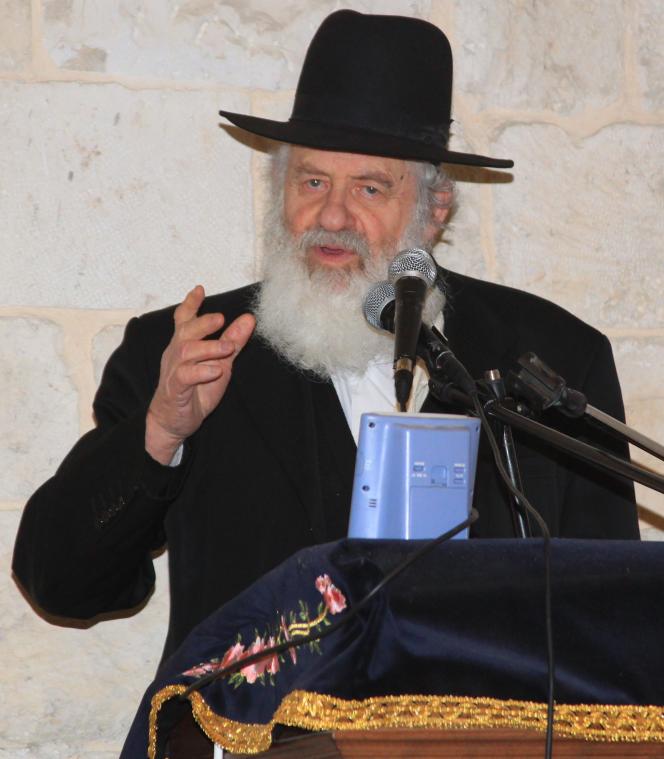 Notwithstanding a start of recognition in the 1960s, then, more recently, a retrospective of his work at the Cinémathèque française in 2012, Uri Zohar, born on November 4, 1935 in Tel Aviv, remains a generally unknown filmmaker in France. He was nonetheless until his death – which occurred on the morning of June 2 from cardiac arrest at the age of 86, in Jerusalem – something of a living myth for Israeli moviegoers of all generations, who thronged to his funeral.

For two reasons. The first is that he is considered the touchstone of Israeli modernity in the seventh art, a lecherous and Rimbaldian gravedigger of local propaganda film, sabra heroization and papa Zionism. The second consists in the fact that this genius provocateur, touched in full subversive glory by divine grace at the end of the 1970s, suddenly knew the repentance, entered the ultra-Orthodox community of Lithuanian obedience in Jerusalem, became a rabbi there, and never never again breathed a word of his past.

An unusual destiny, to say the least, than that of this illustrious representative of the renaissance of Israeli cinema in the 1960s, in which the combined influence of the French New Wave and the American underground current met. Among this generation, Zohar shines like a great ravaging sun. Nobody, in fact, has ever committed at the time with regard to the Zionist ideal and the Israeli ethos the outrages which Zohar inflicted on them. Drugs, sex, bohemian casualness, generalized diversion, humor at all levels, vulgarity as a banner, Zohar, who liked to embody in some of his films a lifeguard from the beach of Tel Aviv, taunts in the same movement the pride nationalist, cutthroat machismo, and the patriotic film epics he was familiar with as an actor.

His first feature film as a director, A Hole in the Moon (1964), had the effect of a bomb. Selected for Critics’ Week in Cannes, this absurd, poetic, radical, electrified parody of the shooting of a Zionist film in the Negev desert, and starting from the main motives and articles of faith of Zionist ideology, constitutes a turning point in the history of Israeli cinema.

An expressly political vein that will characterize neither the rest of his work nor all of the modern cinema that stems from it, which on the contrary abandons collective reason to highlight the theme of the individual, alienation, incommunicability. Three Days and a Child (1967), a film of admirable sensitivity, adapted from a short story by Avraham B. Yehoshua, would bear witness to this alone. According to a flow-of-consciousness narration, the film features a student who is struggling to recover from the breakup with his first love even though he is babysitting for a few days the child that this woman did not have with him. Actor Oded Kotler, in the lead role, received the best actor award at Cannes in 1967.

But Zohar doesn’t stay true to anything, especially not himself. Popular comedy, war film, TV series will mark his creation, which includes eleven feature films, made between 1964 and 1977. At the end of the course, a seaside trilogy in which he plays the main role alongside the famous singer and composer Arik Einstein , a close friend of Zohar, foreshadows the consumerist and hedonistic emptiness into which a country is sinking which was still dreaming, not long ago, of realized socialism. The Voyeurs (1972), The Eyes Bigger Than Your Belly (1974) and Save the Lifeguard (1977) thus constitute an almost frightening tableau of fathers in their forties who overplay virility and behave like horny teenagers in a Middle Eastern dolce vita saturated with light but somewhat disenchanted.

All other things being comparable, Uri Zohar was a bit like the Israeli Godard: same generation, same iconoclastic explosion in the 1960s, same taste for provocation and research, same withdrawal in the end, however brought home much earlier and much further. If Godard defended, in particular, the Palestinian cause before leading an eremitical life in Nyon, Zohar took note, for his part, of the brokenness of the Zionist utopia and the desolate consumerist and nationalist vacuity of post-Zionism, before packing up and to settle permanently under the protection of a rabbinic Judaism of strict observance.