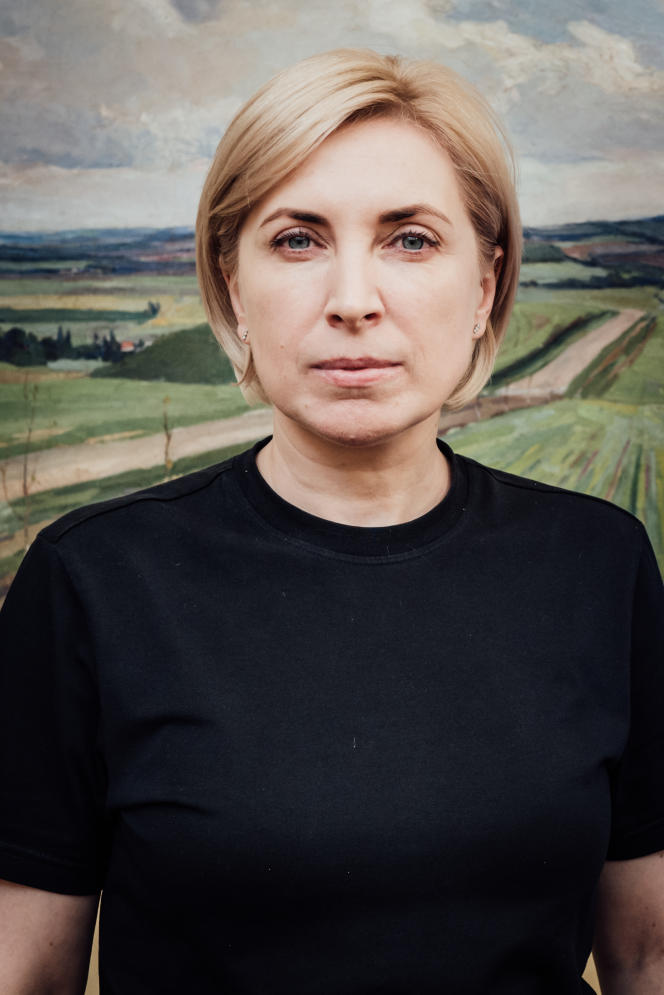 The Ukrainian Deputy Prime Minister, Iryna Vereshchuk, prominent personality of the Servant of the People, the presidential party, and accustomed to the media, is now rare. More serious, too, since she has been in charge of the sensitive file of prisoners of war. For the first time, this 42-year-old woman, five of whom served as an officer in the Ukrainian army, talks about the plight of Ukrainian civilians detained in Russia and the occupied territories, including women and unaccompanied children.

Their initial idea was to use these civilians as bargaining chips against Russian prisoners of war, in total illegality with the Geneva Conventions. I insist: these are people who are neither combatants nor charged with an accusation, but used exactly as hostages. It’s business, actually. They are volunteers, journalists, activists, mayors of small towns or simply passers-by rounded up in the street.

These arrests mainly took place in the regions of kyiv, Kharkiv, Chernihiv and in the Donbass. Among these civilian detainees, we have identified 230 women, in addition to the 270 captured female soldiers. At first the Russians didn’t put them on the prisoner lists, they didn’t want it to be known. We learned of their existence through their families and the first exchanged Ukrainians. They are imprisoned under the same conditions as men, particularly with regard to torture. They also have their heads shaved.

The first exchanged civilians dreaded returning home like that, especially in rural areas, where a shaved woman is difficult to accept. Once, I couldn’t help it: I put their photos on my social networks. I knew the Russians would be furious. I told them: I won’t do it again, on the condition that you stop shaving women.

We have established the rule of exchanging military prisoners for military prisoners, war wounded for war wounded, always one for one. We are not detaining Russian civilians, but I have imposed that ours be part of the discussions as well. Any transaction must also include women.

The Russians, too, need these exchanges. They want to hide the large number of conscripts in their troops – young people under 19, my son’s age – while they claim this is not a war, but a “special military operation” .

In March and April, the Russians emptied certain establishments in the towns they were entering, notably in Mariupol; orphanages, institutions for minors with mental or physical disabilities. We are looking for these children today, we try to make lists but, in general, we do not know where they are. Unwittingly, we have sometimes provided the occupants with the addresses of establishments. We asked: what happens to the children of such institute? Until then, the place was not known to them. As a result, they were going to pick them up the next day. I asked the question to my interlocutors in Moscow: why are you doing this? Silence on their part. In fact, these children are used by Russian propaganda that says: look, we are saving them from Ukrainian air attacks…

Eventually, these children will likely be offered for adoption. A law has just been passed in Russia to simplify the procedures in the specific case of Ukrainian minors. On our side, when we want to bring them back here, each repatriation is a real special operation, which is done on a case-by-case basis and takes weeks. You have to locate them, prove administratively that a person has a link with them and then pick them up in person. Out of 2,162 Ukrainian children located in Russia or in the occupied areas, we managed to bring back only 23. I urge international institutions to help us.

One hundred and sixty-two corridors have been organized since the beginning of the war, but as many have failed. International humanitarian law relies on the goodwill of both parties. But if one does not want, no sanction is foreseen, it operates with impunity. However, the Russians have sometimes diverted certain corridors by directing, without warning, the evacuations not towards Ukraine, but towards Russia, Belarus or the occupied territories.

We do not have precise figures, but this time it is hundreds of thousands of people who find themselves on the other side of the border. All must pass through filtration camps, where they are sorted. Their fate may be very different. Some disappear, because of a tattoo considered nationalist or of photos on their mobile. Those who have money or manage to get it manage to leave the country, often for the Baltic countries. But the majority find themselves with a circulation permit, without a work permit, and therefore without a means of survival. They are moved to certain regions of Russia, housed in barracks.

Some – they are rare, but they exist – ask to stay in Russia legally. These receive a Russian passport. Sometimes they even find themselves drafted into the war, sent to the front in Ukraine. We captured a few. Some had not received weapons, because the Russians continue to mistrust them: they consider them traitors.

News Editor - June 12, 2022 0
A new hostage-taking in Haiti had a happy and rapid outcome. The 38 people kidnapped Friday in Port-au-Prince by a gang, as they prepared...

Rugby: Toulouse knock out La Rochelle to advance to Top 14...