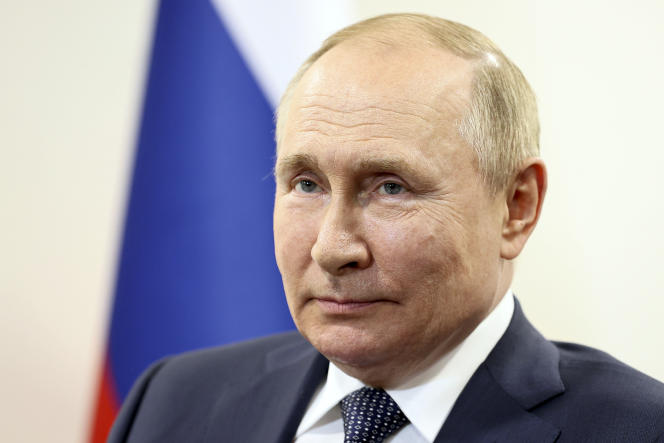 Russian President Vladimir Putin assured Tuesday July 19 that the gas giant Gazprom would fully fulfill its obligations to its suppliers, at a time when deliveries to Europe are falling in the midst of the conflict in Ukraine.

“Gazprom has fulfilled, continues to fulfill and will fully fulfill its obligations, if anyone needs it,” he told a press conference after talks in Tehran. “There is no doubt that our partners are blaming or trying to blame all their own mistakes on Russia and Gazprom,” he added, saying the Europeans had bet on “non-traditional energy sources.”

“Gazprom is ready to pump as much as necessary,” he continued, indicating that the West was in trouble because they had imposed sanctions on Moscow and “closed” hydrocarbon delivery channels.

A turbine in Canada

Gazprom has reduced gas deliveries via Nord Stream by 60% in recent weeks, citing the absence of a Siemens turbine, under maintenance in Canada. This decision was denounced as “political” by the German government, considering it motivated by a desire to influence Westerners in the conflict in Ukraine.

On Tuesday, Mr. Putin claimed that Gazprom had not yet received “the official documents” to bring the turbine from Canada. Russian gas giant Gazprom has invoked “force majeure” to exonerate itself from responsibility for massive cuts in its gas supplies to Europe.

Invoking “state of force majeure” releases a company from its contractual obligations by exempting it from any legal liability.

“We will facilitate the export of Ukrainian cereals, but on the basis that all restrictions on air deliveries for the export of Russian cereals are lifted,” said the Russian president, after the talks in Tehran. “We had agreed from the beginning on this point with the international organizations. But no one took responsibility for finalizing all of this, including our American partners,” he continued.

“Restrictions on Russian fertilizer deliveries to the world market have been lifted by the Americans, in practice,” Putin said. “If they sincerely want to improve the situation in world food markets, I hope the same will be true for Russian grain exports. Earlier in the day, Vladimir Putin spoke of progress in negotiations to export grain from Ukraine via the Black Sea and thanked his Turkish counterpart Recep Tayyip Erdogan for his “mediation” in this matter. The Russian Defense Ministry said on Friday that a “final document” would be ready shortly to allow the export of grain from Ukraine.