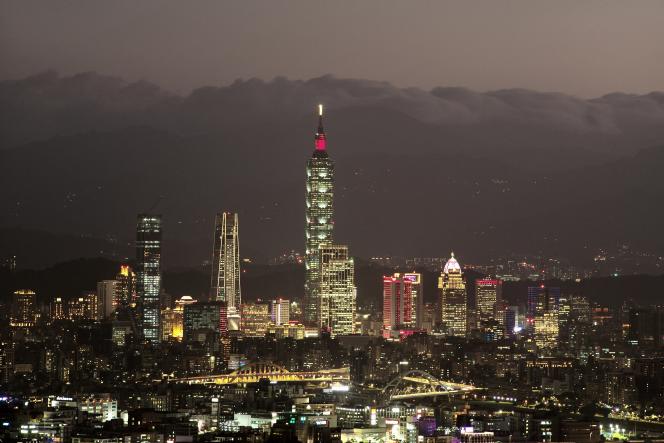 Two days after the incursion of thirty Chinese planes into the air defense zone of Taiwan, which lives under the constant threat of an invasion from China, the United States and Taiwan launched Wednesday, June 1, bilateral trade talks . They thus defy Beijing, which considers the island as one of its provinces, promising to recover it, by force if necessary, and refusing to allow it to enter into any official relationship with foreign countries. The launch of trade talks with Washington could provoke a strong reaction from the Chinese government.

The first meeting is to be held “later this month in Washington under the auspices of Tecro,” the Taipei Economic and Cultural Representative Office in the United States and the American Institute in Taiwan. Tecro represents Taiwan’s interests in the United States in the absence of formal diplomatic relations, operating as a de facto embassy.

The objective of the initiative launched on Wednesday is to facilitate trade, to adopt “sound and transparent practices” or to cooperate in favor of the environment or climate action, detailed the American ambassador for trade. . They also “intend to explore provisions to facilitate agricultural trade” or to fight corruption.

Washington and Taipei said last week that they had decided to strengthen their trade relations. The United States and Taiwan have been linked since 1994 by a “framework” for trade and investment.

Taipei also joined the World Trade Organization (WTO) in 2002, which contributed to the growth of bilateral trade. The United States is, indeed, Taiwan’s most important partner and arms supplier. The next step in the economic relationship would therefore be a formal trade agreement which, for the time being, is long overdue in a complex political context. “I hope this initiative will result in a binding framework agreement,” a US administration official said in a conference call with reporters.

The United States, like most countries, does not officially recognize Taiwan, but strongly supports the island, promoting its “democratic” status against what it deems to be an “autocracy”. Chinese.

This initiative is also launched shortly after the announcement of a new economic partnership in Asia-Pacific, announced on May 23 by President Joe Biden during a tour of Asia. The Indo-Pacific Economic Framework (IPEF) is not a free trade agreement, but it is meant to counterbalance China by facilitating integration between its signatory countries through the adoption of common standards in the digital sector, supply chains, green energies and the fight against corruption.

Beijing, which felt deliberately excluded, had made it clear. Washington seeks “to form small cliques in the name of freedom and openness”, hoping to “contain China”, had thus criticized Chinese Foreign Minister Wang Yi, considering the American project “dedicated” to the failure. Taiwan is not yet part of IPEF, but a senior US official said it was not ruled out.