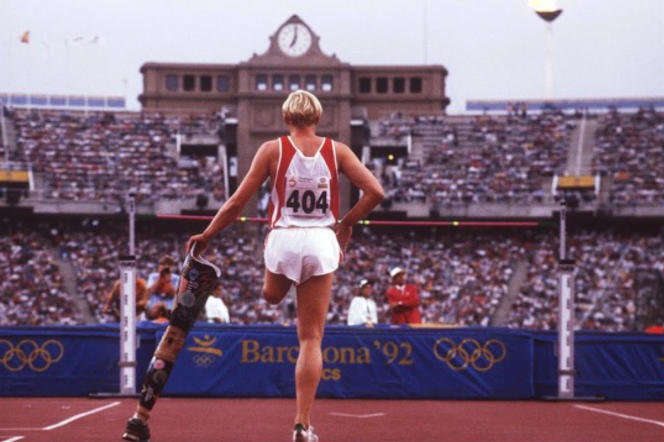 More than one billion people have disabilities, or 15% of the world’s population. What if sport was their best vehicle for autonomy and integration into society? To demonstrate this, the Franco-Swiss director Philippe Fontana and the multi-medal winner of wheelchair tennis Michaël Jeremiasz have opted for a documentary in road-movie format, which retraces this fascinating and little-known part of the history of disability – as well as sports history. With, as a common thread, the own journey of Michaël Jeremiasz, who became a paraplegic at 19 after a skiing accident.

It was in the deaf community that the pioneers of the movement in favor of access to sport for people with disabilities were found at the end of the 19th century. While sign language was controversial and the hearing impaired were considered “morons” who made “monkey gestures”, French activist Eugène Rubens-Alcais (1884-1963) founded the first deaf-mute cycling club , in 1899. Two decades later, the silent games were held in the Bois de Vincennes, in Paris, the first international sports competitions for the deaf, as a prelude to the 1924 Paris Olympic Games.

A good dose of humor

From country to country, never miserable, sprinkled with a good dose of humour, the film meets historical actors (or their descendants) in the conquest of sport for all. Like Eva Loeffler, daughter of Ludwig Guttmann, a German neurologist who, after the Second World War, changed the life trajectory of spinal cord injuries by making them play sports. This doctor was at the origin, from 1948, of sports competitions considered to be the first Paralympic Games: the Stoke Mandeville Games, named after the military hospital where he worked, in England.

Through the testimony of Timothy Shriver, president of the Special Olympics (intended for athletes with an intellectual disability), this committed documentary also highlights the major role played, in this area, by his mother, Eunice Kennedy, one of the JFK’s sisters. Marked forever by her sister Rosemary’s lobotomy, Eunice Kennedy Shriver has devoted her whole life to people with mental disabilities, first welcoming them for sports stays in the family home, the Shriver camps, before creating the Special Olympics in 1968.

Through encounters with champions from all eras and all disciplines, with all types of disabilities, we discover wonderful, inspiring stories. And athletes with impressive track records such as the Ivorian Koné Oumar, amputated with one arm, the most medal-winning athlete in the world (83 trophies), but not really recognized by his country.

However, it is not these high-level athletes who have the final word, but young people from Toulouse-Lautrec, in Vaucresson (Hauts-de-Seine) – an EREA (Regional institution for adapted education) which welcomes pupils with motor disabilities and able-bodied people, in reverse inclusion. “The only way to change society is to show that we are there, to impose ourselves, not to offer ourselves”, assures one of them. The fight for equality through sport has not yet been fully won, but the next generation is assured.

News Editor - June 26, 2022 0
More than one billion people have disabilities, or 15% of the world's population. What if sport was their best vehicle for autonomy and integration...