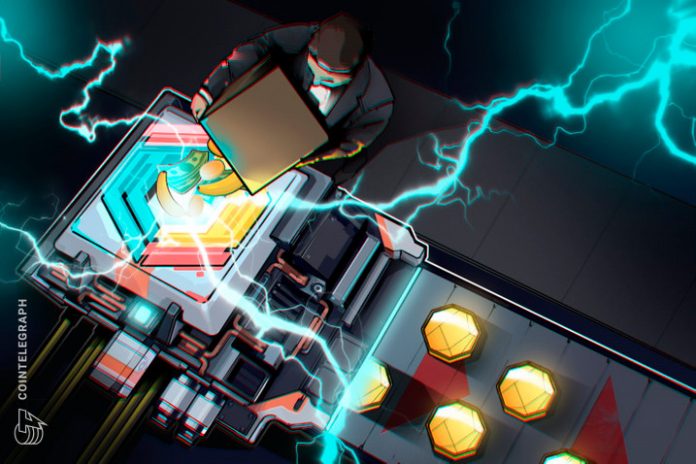 DeFi projects say that the Ethereum blockchain will be a global settlement layer faster if more synthetic assets are created and traded.

Conjure Finance allows you to tokenize any financial asset using Ethereum or Layer 2 blockchains. This protocol is permissionless and allows users to create their own synthetic assets, including tokens from other blockchains and FX baskets. It also lets them create real-world commodities like bananas.

“We chose bananas at the start because it’s a fun ape meme, cause apes like bananas so why hold USDT or USDc when you can hold bananas as your stablecoin,” said the project following the launch of its banana synth.

“But then, we started to think about what it actually means. Over the past decades, bananas have been able to provide a steady net gain against the USD and account for inflation making them an attractive inflation hedged stablecoin.

Conjure’s mission runs deeper than just offering users the ability to trade these synths. The project states that Ethereum must be able to give users access to all financial assets globally if it is to become the global settlement layer of the future finance.

This is possible by giving anyone the ability to create and deploy their front end as well as contracts to create their synths. Conjure also developed Open Oracle Framework which can supply more than 100 feeds in one transaction. This allows users to access more on-chain data, and allows them to easily create oracles.

After connecting their wallets, users can use the Conjure Finance DApp to create a synthetic asset.

You can choose a name and ticker symbol to represent your asset and you can even add an optional fee that will pay them each time it is minted.

The platform allows you to create synthetic assets of any type. These can be single, multi-asset or index. Single assets can only track the value of one target asset, such as USD or BTC. However, basket assets allow users to select from multiple oracle feeds to create a single price by using weights. Indicators allow users to have multiple feeds that contribute to a single price feed. They use the asset’s market cap as the weight and it updates dynamically.

Users have the option of choosing an Oracle source template, such as supported Chainlink feeds or Uniswap tWAPs, or they can create their own contracts.

Conjure Finance claims the Synths created are fully collateralized with Ether. They have their value and collateralization pegged through a powerful and flexible ability that allows them to combine multiple price sources to create a single reference price.

This is particularly important for L2s where gas prices are low. Large signer sets and feeds can then be created to provide real-time price sources.

This framework encourages oracles and allows them to charge a fee in ETH to subscribe. The price of the feed is then compared by users, creating an open marketplace for feed providers and a revenue model that allows projects to quickly start to get feeds.

Conjure also says that it is experimenting with contracts that trade on feeds, which will allow access to complex technical indicators.

However, the goal of the game is to allow anyone to create an Oracle, even if they have very little knowledge.

They stated that they believe that allowing non-technical users access to Ethereum and L2s to import assets as well as provide data will enable these networks to process transaction volumes that match the largest financial exchanges around the world.