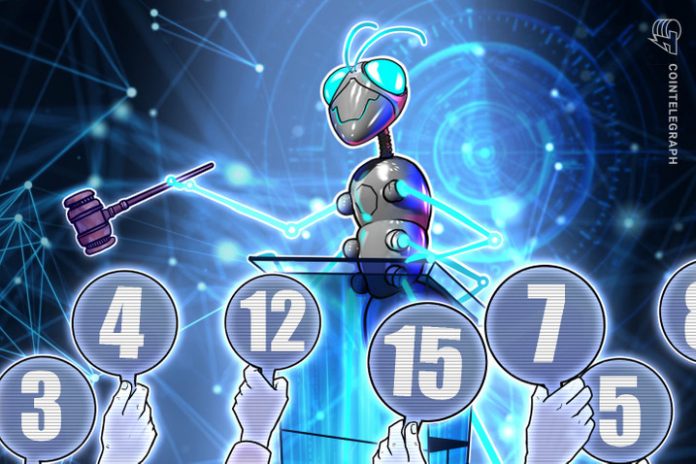 Eleven projects joined in the race on June 15, when Kusama’s parachain auctions began. Several more were able to get in during the second batch’s auctions. Kusama auctions have seen impressive gains of approximately 900,000.KSM (approximately $180 Million at the time of writing). Are they still democratic and fair? Or are all the decisions made by the whales? Let’s look at the data available and try to understand the current standings.

We are where we are now

announced that the first round of Kusama parachain auctions will be held on June 8. Each event lasts for one week. The auction will see projects bidding in Kusama’s native token, KSM for their parachain slots. To win, it takes approximately 100,000 KSM (or around $20 million). Crowdloan campaigns are used by projects to fund their bids. Crowdloans are innovative crowdfunding mechanisms that allow ecosystem participants to stake KSM for their favourite parachain candidates and receive rewards in utility tokens.

After the first auction, Karura, the Decentralized Finance (DeFi) hub in Kusama, was clearly in the lead. It offered an amazing bid of 501.138 KSM (roughly $100 million). It was only a few days since the second auction, and it was clear who the winner was. Moonbeam’s canary network Moonriver (205.935 KSM staked) was consistently winning 50% over its nearest rival Shiden Network (101.544 KSM). The latter is now beating Khala Network (27.474 KSM by 73%) and looks like the clear leader for the third auction.

This graph may lead readers to conclude that the first three auctions were purchased by large-scale investors who wanted to make sock puppets. The real competition lies around the fourth or fifth auctions. Both conclusions are not true, and I’ll explain why.

The first ever crowdloan campaign under the ID 2000 was registered and it took the first position in the Kusama network’s list of campaigns. Karura is the name of the project. Kusama’s logo features a bird’s head and Karura’s is a hybrid of a human body and a bird head. This symbolism is important in Japanese mythology. This could be a direct correlation, as if a strong connection to Kusama could make people godlike. In this way, Karura creators will undoubtedly follow the gods who govern Kusama.

Karura’s crowdloan began on June 11, just a few days prior to the auction. No other campaign has seen such huge interest. Karura received a record 400,000 KSM on June 17. The total was 501,138 KSM. This made Karura the unconditional winner in the first auction. Let’s look at the contributions to the campaign in greater detail:

These data might surprise some who expected to see a strong dominance of large-scale contributions. However, the distribution between nominal and retail whales seems quite organic.

Perhaps a single contribution of 46.415.89082KSM (around $9 Million) is the most notable. There is an explanation. It comes from Kraken. Kraken launched its interface for Kusama crowdloans for pooling bets for its users. We can see the breakdown of Kraken user activity into individual contributions, since it is publically available.

We couldn’t identify any activity bursts and the deposits on Kraken were evenly distributed throughout the campaign. Kraken users showed an increased interest in the Karura crowdloan campaign. This was expected, as Karura launched its crowdloan earlier than others.

The above data can be further aggregated into nominal whales (who give more than 1,000,000 KSM), average holder (who contributes from 50 to 1,000KSM), and retail users who contribute less than 50KSM. This is how the aggregated data look like:

The results show that there is still a lot of activity from retail contributors, despite Karura’s large share of whales (46.58%). This campaign saw almost triple the participation of Moonriver, which is the nearest competitor.

Despite all the positive sentiment surrounding Karura, two questions remain. While it is clear that Karura wants to be a safe bet and make a profit, the question remains: Is it worth paying so much for the parachain slot? It is also unclear how it plans to keep KAR’s implied worth to ensure contributors reasonable rewards on KSM. The token is still in development and will likely face selling pressure.

These waters are not ruled by whales (yet).

Surprisingly, the overall picture doesn’t change much when we look at Moonriver or Shiden, who are the top two leaders of the race.